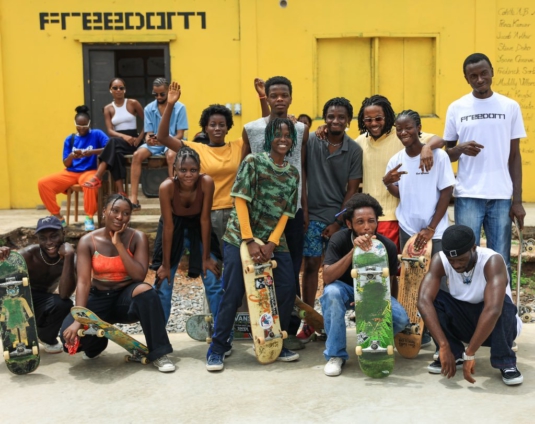 The Diaspora Affairs Office of the President has confirmed that American rapper Kendrick Lamar is in the country to shoot a documentary.

The documentary they revealed is for his newly released album, Mr Morale & the Big Steppers.

In a post on Facebook, they stated that the Office of the President has noted the rapper has been promoting his album “the true local way” using ‘trotro’.

“The Diaspora Affairs, Office of the President, supported in this experience into Ghana; recognising the importance of Arts, Culture, Music and the global diaspora engaging with Ghana,” they noted.

The Office Kendrick’s visit and the project are significant especially since it ties into the goal of having the Global African & Afro Descendant family to recognize Ghana as the ‘gateway to the ‘motherland” or ”the Black Mecca”.

This gives the diaspora a place to reignite their passions and inspirations and connect with people, adding “(a place) where one can launch an album, a book, an exhibition, a culinary experience, and much more.”

“To Kendrick Lamar, his beautiful family, his team and friends, and to our Diaspora we say Akwaaba!” they added.

Kendrick Lamar arrived in Ghana about a week ago ahead of the release of his long-awaited album Mr Morale & the Big Steppers.

In the days that followed the album release, Kendrick Lamar explored Accra as much as he could.

He was first spotted at Kozo Restaurant on Thursday, a night before his new album Mr. Morale & The Big Steppers was released.

Over the weekend, the rapper was spotted at the Freedom Skate Park.

He was also seen playing football with some kids at Jamestown with a camera crew with him.

The rapper later on Saturday evening held an album listening session with some music executives and invited over some Ghanaian artistes.