After one of the slowest contests in the 2019 edition of the National Science and Maths Quiz, Keta Senior High and Technical School have progressed to the quarterfinal for the third year running.

Ketasco successfully usurped a Round One lead from challengers Edinaman SHS who came from the Prelims as real favourites. 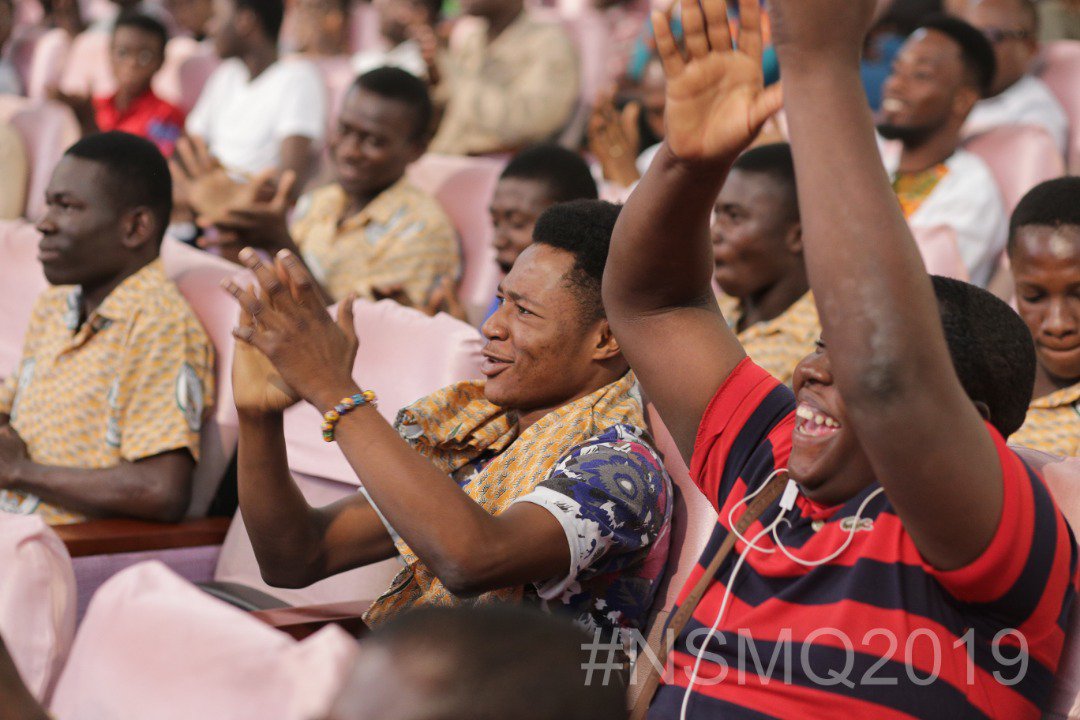 Edinam enjoyed an early lead in the clash

The Central Region school recorded 54 points in the qualifiers, one of the highest. They then proceeded to beat Ho-based Ola Girls at the prelims.

But on Monday morning, Edinaman was brought down by one of Volta Region’s best.

They tried all they could but in the end, they were last, behind Bekwai SDA who placed second in the tie.

The turning point came in the contest at Round Four, where a wrong answer from the True or False questions attracts a penalty of one point.

Edinaman trailed Ketasco with only three points before then but by the time the round was done, their tally had reduced from 13 to just eight points.

Despite them impressing in the last round, the game belonged to Ketasco. Like their Motto, Dzolali, which means fly at once, they had flown into the quarterfinal.

Kpando SHS in the Volta region has also qualified.