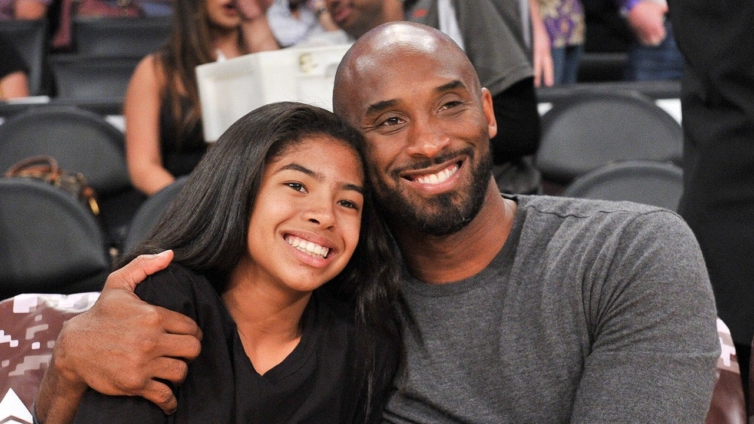 It’s hard to believe it’s been one year since the death of Kobe Bryant and his 13-year-old daughter, Gianna Bryant.

Celebs took to Twitter on Tuesday to pay tribute to the legendary NBA star and his daughter, who died in a helicopter crash — alongside seven other passengers — on Jan. 26, 2020.

Micheal B. Jordan was one of the first to pay tribute, sharing a photo of Kobe and Gianna to Instagram.

“Don’t think I could recap a year any clearer from the moment I heard the news until today. Appreciation of family. Of time. & purpose is heavy on my mind this morning. Sending love & healing energy to the Bryant family. Rest in Power. You’ll never be forgotten. #mamba #mambacita.”

Meanwhile, Alex Rodriguez shared a video on Instagram highlighting their moments together.

“I miss our conversations,” he wrote in part. “I miss texting about family, business, sports and music. I miss him. I’m also thinking about GiGi and her tragic loss, along with the other passengers on the plane. To all the families and friends who were affected by this tragedy, we are all thinking of you.”

Laker Nation we will always remember the brilliance, the legend, and the mamba mentality of #8/#24 💜💛 pic.twitter.com/vnXNOYZ3Jy

Can’t believe it’s been a year since we lost #KobeBryant. Celebrating his life today, and feeling grateful to have known him. 🙏🏻 pic.twitter.com/GAUXTNlx54

It’s been a year and it still feels unreal. I send my prayers and thoughts to the family and loved ones of Kobe Bryant. RIP to one of the greatest competitors the world has ever known. His legacy of hard work, skill, and dedication will live on forever. #MambaForever pic.twitter.com/iomaDOKrC9

"Use your success, wealth, and influence to put them in the best position to realize their own dreams and find their true purpose." – Kobe Bryanthttps://t.co/u2OBdAa1BA

Missed and loved. Heart goes out to Vanessa and family today 💔💔🙏🏿🙏🏿 pic.twitter.com/7TOKESaxTm

The last year showed us life can be unpredictable & fragile.

It’s been 1 year since the deaths of Kobe Bryant, Gianna & those on board with them.

Kobe was a champion of basketball, but also of women’s sports. He was the ultimate #GirlDad.

Thinking of his loved ones today. pic.twitter.com/e5Vq7ZDqE1

While speaking to ET last August, Shaquille O’Neal opened up about how he still thinks of Kobe as family.

“I haven’t had a chance to talk to [Vanessa Bryant], but hopefully she knows that, you know, my family, we’re opening up our arms to her anytime for the rest of our lives,” he said at the time.

“Hopefully her daughters will call me Uncle Shaq like my kids call Kobe Uncle Kobe. I’m not the type to bother people. People think that when you’re on the team you have to do — we were never like that, we worked together and everybody has to go and do their thing. Definitely miss her. I got actually a shrine in my house I put up [for Kobe].”

“I definitely think about him every day and, you know, the world’s doing a great job of keeping him alive ’cause every time I’m on Instagram I see highlights,” he added. “Even when he’s not with us, he’ll always be with us.”