Cape Verde: The next frontier for Ghana’s economy?

Last year marked 400 years since the first Africans touched down on the shores of the United States, taken from their homes by European traders to be sold into slavery.

To commemorate these four centuries of struggle, resilience, and achievement, Ghana branded 2019 the “Year of Return,” imploring diasporic Black people (particularly African Americans) to come back “home,” learn their history, and potentially even invest in a new life in the land of their ancestors.

While this educational “heritage” tourism was a successful economic venture for Ghana, pumping an estimated $1.9 billion into the country’s economy, it was also a transformative and emotional experience for many diasporic Black people, many of whom had little understanding of their ancestral history and, thus, a fractured identity.

Needless to say, it’s impossible to confirm that any of these people’s ancestry is specifically Ghanaian — but that is beside the point. By inviting diasporans to visit and invest in Ghana and its culture, the Year of Return invited them to take it on as their own.

Ghana is simply a symbol, a placeholder for the entire region (or continent, even). For the first time in many of these people’s lives, they could strip themselves of their minority status and feel welcomed in a community.

It is for this very reason that, for many years, Ghana has steadfastly courted diasporic Black people to “return home” — to see where their stories began. However, it is not simply their history, the story of their taken ancestors — it is also ours. And there is a missing link that brings this story full circle.

This is where we must look to Cape Verde.

From the first century of its existence, Cape Verde was effectively the capital of the trans-Atlantic slave trade. In addition to its convenient location for trading and resting, one of Cape Verde’s major uses as a colonial entity was as a “slave-mixing” port for people coming from different African states.

The reason for this was, in essence, to curtail rebellion: if a few people from the same tribe or family were placed together, they could potentially organize and band together for an insurrection. Therefore, by ripping kinship groups apart, slave traders could minimize chances of rebellion, as well as disempower the slaves.

Thus, it was upon the shores of Cape Verde that slave traders separated kinfolk and shipped them off to Europe and the Americas, starting the process of deculturalization which has created the need for a “Year of Return” in the first place. This is essential history. 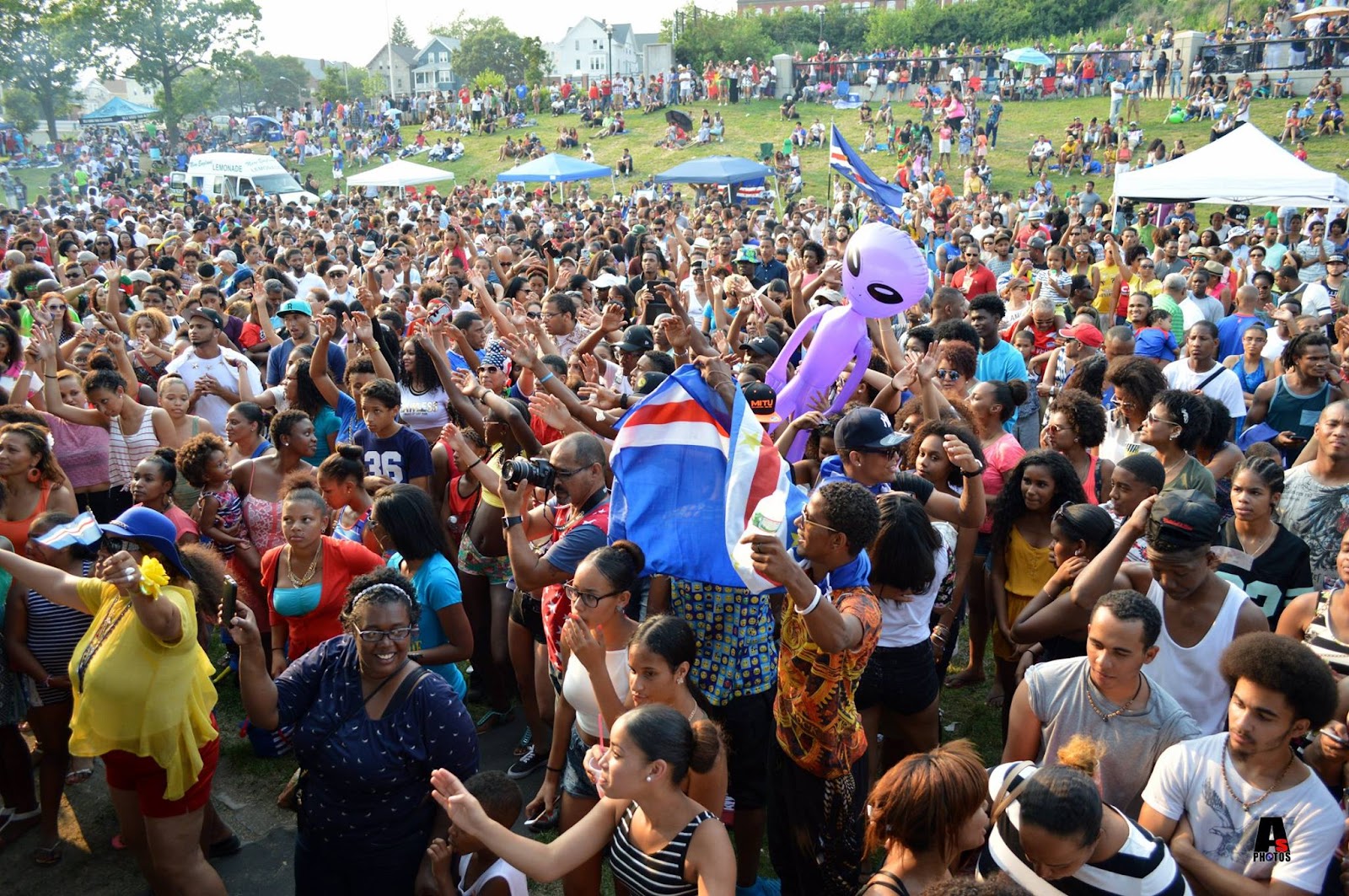 Today Cape Verde is an archipelago nation of only 500,000 people, as most of its nationals live abroad, in the US and Portugal. However, despite its tiny population, Cape Verde houses a fascinating assortment of people.

Ironically, the Portuguese couldn’t completely avoid rebellion among the enslaved Africans, and many slaves escaped from the trading city, Cidade Velha, into the rural highlands of the main island, isolated from Portuguese influence. As a result, we see great ethnic diversity within the Cape Verdean population today.

On the one hand, those living in rural areas — direct descendants of those runaway slaves — look just like you or me, with their typical West African features and dark skin. On the other hand, in the cities where traders mixed with Africans, you see people who could be straight out of Portugal.

This expansive diversity is fascinating, and truly a testament to the central role Cape Verde played in the stories of our ancestors. The distinct mingling of people and cultures, along with beautiful beaches and biodiversity, has brought the country much attention in recent years, and it has been flourishing as a result.

Unfortunately, however, Cape Verde has suffered greatly in the face of the coronavirus pandemic, namely due to the economy’s dependence on (1) tourism and (2) remittances from Cape Verdeans living abroad. With travel restrictions shutting down airports, and global layoffs rendering millions jobless, Cape Verde’s economy has taken a huge hit, as the virus has decimated these two sources of income. Once restrictions are gone, the government will need to restimulate the tourist base it has successfully built over the years. 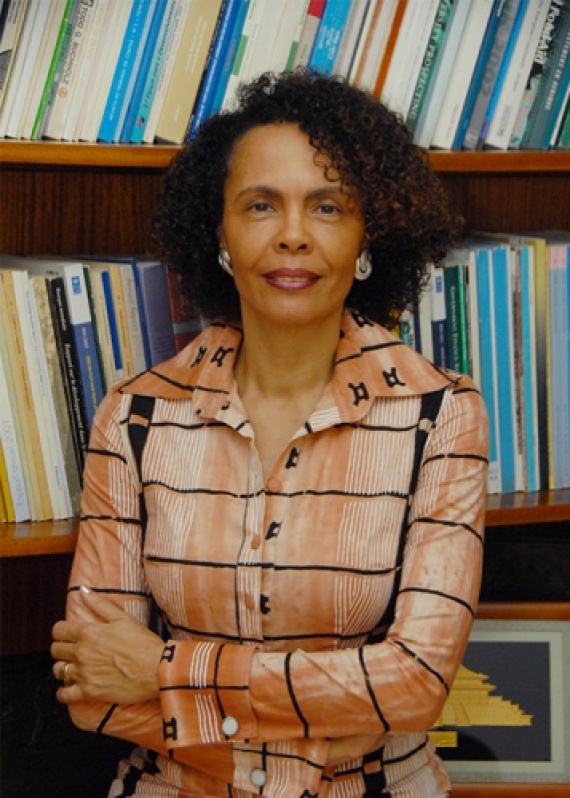 But when you look at the statistics of tourist demographics in Cape Verde, one question comes to mind: Where are all the Africans?

I spoke with Cristina Duarte, the former Minister of Finance, Planning, and Public Administration for Cape Verde (2006-2016), and the newly appointed special adviser on Africa to the UN — and this topic hit home for her. In her 10 years in office, one of Ms. Duarte’s consistent goals was to increase awareness of Cape Verde among West African people — particularly as a place for tourism and investment.

When I asked her why Cape Verde has seen few African visitors, Ms. Duarte proposed one theory: “Africans are not really interested in going to a beach and lounging around. They are usually looking for a shopping vacation.”

She may be onto something. In a 2017 article examining the attitude of Nigerians towards holidaying, journalist Sola Odunfa made a similar claim:

“[Nigerians] are not travelling to see Buckingham Palace or the Eiffel Tower or the Statue of Liberty. They are going shopping. Our idea of a good holiday is when we return, to be able to deck your wife’s or girlfriend’s neck in new jewellery, wear new [clothes], and stock your living room with new gadgets.”

This leads us to a larger point. Not only is Cape Verde a beautiful country and a historically relevant neighbor, but more importantly, it serves as a case-study, revealing an interesting truth about West Africa’s general lack of casual, intra-regional interest.

ECOWAS, the regional economic union, was created to promote cooperation and integration between its Member States. And yet, we continually see West African tourism being dominated by Europeans and North Americans.

Of course, the ability to be a tourist is a privilege. There are many factors that limit people from going on short term personal trips, such as financial stress, few paid leave days, duties within the household, etc.; some of these require structural change, allowing for wider demographics to access travel.

However, there are many people who are already able — and yet, they choose to travel to places like England and Europe, rather than investing their money into the promising countries nearby.

ECOWAS Member States interact in many ways beyond tourism — but even in those areas (trade, transport, employment, etc.) we still see underwhelming numbers.

In hopes of remedying this, President Akufo-Addo and Cape Verde’s President Jorge Carlos Fonseca met in 2017, committing to the process of developing stronger cooperation between the countries.

As of last year, a Joint Commission has been proposed and some preliminary strides have been made behind the scenes, but we know little on the timeline or status of the proposal.

Admittedly, Cape Verde is not in a unique position, as the indiscriminate COVID has harmed national economies across the globe. However, I do not argue that we owe anything to Cape Verde, or that we are morally obligated to visit and invigorate its economy.

Rather, I simply ask you to consider how you interact with your fellow West African nations; and if that is rarely, or exclusively through your work, then perhaps you must now consider how you can introduce yourself and build a tangible relationship, whether that be by visiting or investing.

Ultimately, it is a mutually beneficial situation: Cape Verde can begin repairing its fractured economy, and Ghana can fortify its allegedly budding relationship with the country, gaining a new partner for future integration and cooperation.

Notwithstanding the COVID situation, this is a timely moment. As nations reckon with their racist histories in light of the movement taking place in the U.S., Black people of all stripes are standing in solidarity with one another.

Throughout Europe we see people of African origin fighting for the removal of colonial monuments, and in the U.S. we see Black people redirecting their money towards businesses owned by Black entrepreneurs. Ghana has shown its support of the Black Lives Matter movement, but when it comes to empowering our communities, there is always more to be done.

We can only hope that coronavirus will come to an end, and that restrictions will be lifted. In the case that this happens soon, perhaps 2020 is the year for us to pay it forward and spearhead the movement of becoming tourists in our own region.