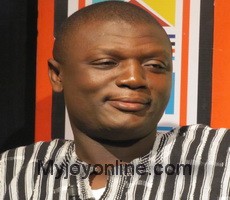 Suspended Deputy General Secretary of the NDC, Kofi Adams has criticized the decision by the party to engage in the selection of a new flagbearer three days after the demise of President John Mills.

National executives at a meeting on Thursday put forward the name of President John Mahama as the preferred candidate to be endorsed at a special delegates’ congress on or before September 1st.

But Mr. Adams says coming at a time the entire country is still mourning the late president, the decision is most inappropriate.

“If there was the need for that one, then we should have just said we should do congress tomorrow and endorse [him] so that to know that we have him.

“Supposing congress is called and congress disagrees, just because we did not do deeper consultation, it will create rooms for people to come and raise all manner of issues they should not raise.”

He tells Joy News the party is currently in a difficult situation and needs to act fast to prosecute its campaign to retain power as a tribute to president Mills.