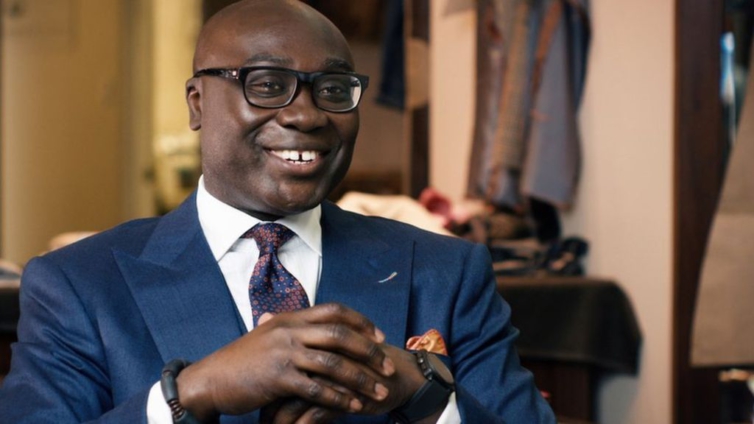 I believe there are certain God-given individuals who, consciously or not, have such a profound and providential impact on the universe.

Komla Afeke Dumor was one of such gifts to humanity. Although we never crossed paths, no one had a deeper impact on my love for the media than Komla Afeke Dumor. He spoke eloquently and had this extraordinary ability to capture your attention by the modulation of his voice.

He possessed, in abundance, the qualities of a successful person: intelligence, industry and diligence. He radiated a rare grace and sense of wonder.

Komla emerged onto the national stage as a suave baritone-voiced broadcaster on Joy FM and developed into an iconic global journalist with the British Broadcasting Corporation (BBC).

As a freshman at Swansea University, in 2013, far from the gateway to Africa, I closely followed his work. A new student, optimistic about the prospects of the future, I had sought to distil a sense of direction from his endless array of insightful stories.

Komla undertook to restore the pride of Africans in the potential of our continent and international role. He shaped the perception of modern Africa and amplified both the promise and struggles of the continent.

Journalism is a truth-telling business and he endeavoured to maintain that standard.

Komla selflessly dedicated his craft to the socioeconomic interests of others. He articulated the views of the people and didn’t shield the political establishment from dissent. He seemed aware of this deep moral obligation to keep the governed, or misruled, well-informed and change makers accountable. His actions were suffused with an emphasis on humane values.

We all witnessed Komla do his best to renew our society and bring hope to the universe. He seemed to be a man with a grand plan who laboured assiduously for the principles he firmly believed in. At the zenith of excellence, on January 18, 2014, Komla leapt into the spiritual realm.

He didn’t have the luxury of time to realise the endless possibilities that his enormous talent offered.  But he left an indelible influence on millions and honoured us with his presence on earth. Historians will never debate over which journalist contributed most to an objective view of Africa; it’s a settled matter. Komla Afeke Dumor was larger than life.