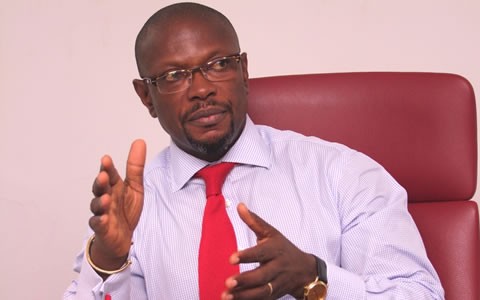 Veteran journalist, Kwaku Sakyi-Addo, says Komla Dumor’s determination and journalistic prowess was the reason for his success and meteoric rise to prominence at the BBC.

Mr Sakyi-Addo, who is currently the President of the Ghana Chamber of Telecommunications, had hosted Ghana's longest-running radio series, 'The Front Page', and 'News File' on Joy FM  – at the time Komla Dumor was with Joy FM.

He told host of Joy FM's Super Morning Show, Bernard Nasara Saibu, on Monday that Komla joined the BBC at a point when the global news network had decided "to re-align its strategy to grow its audience around the world especially in Africa and other developing countries where the media had become liberalised".

"More people [in Africa and other developing countries] were listening to their own local radio and media, and for the BBC to continue to be relevant it had to make that decision including the kind of people to lead their flagship programme in order to remain relevant", Mr Sakyi-Addo said.

Even though Komla Dumor was not the only African at the BBC, according to Mr Sakyi-Addo, his professionalism and dedication conspired with the BBC's direction at the time to make him the perfect face of the BBC for Africa.

He won the Ghana Journalist Award (GJA) Journalist of the Year award in 2003 for his investigative story that exposed corruption at the Social Security and National Insurance Trust (SSNIT) in 2000.

The case went before the Commission for Human Rights and Administration Commission before proceeding to the court.

Former boss of the Human Rights Commission recently admitted being mesmerised by the Super Morning Show host when he appeared before the Commission as star witness in the SSNIT scandal.

Dumor joined the BBC African Service in 2006 as host of the radio programme, Network Africa.

From 2008 to 2012 he presented The World Today on the BBC World Service. In 2011 Dumor began presenting the World News and Africa Business Report on BBC World News television.

He died suddenly at his London home last Saturday after suffering what is suspected to be a heart attack.

The BBC Focus on Africa presenter has been praised by dignitaries across the world for his passion and dedication to telling the African story.

The family of ace broadcaster has announced his body would be brought to Ghana as soon as all relevant formalities have been completed.