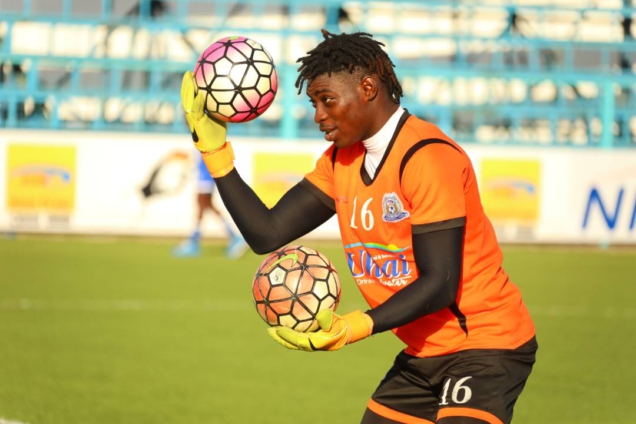 Asante Kotoko have announced the signing of Black Stars goalkeeper Razak Abalora on a free transfer.

Abalora, 24, joins the Porcupine Warriors ahead of the new season. He became a free agent in July after refusing to extend his contract with Tanzanian side Azam FC.

Early this month, Abalora in an interview with Adom TV, revealed he had been contacted by Kotoko, Hearts of Oak, Ashgold, and Dreams but was interested in playing abroad.

“I can confirm interest from local clubs like Dreams FC, Kotoko, Hearts of Oak and Ashantigold but my attention is on a foreign move,” he said.

However, Kotoko have managed to convince the goalkeeper to sign for them.

He will compete with captain Felix Annan and last season’s first-choice goalkeeper Kwame Baah for the number one spot in the upcoming season.

Abalora made his Black Stars debut in the international friendly victory against Qatar on Monday.