Kwaku Sakyi-Addo: American’s tribes go to the polls amidst uncertainty 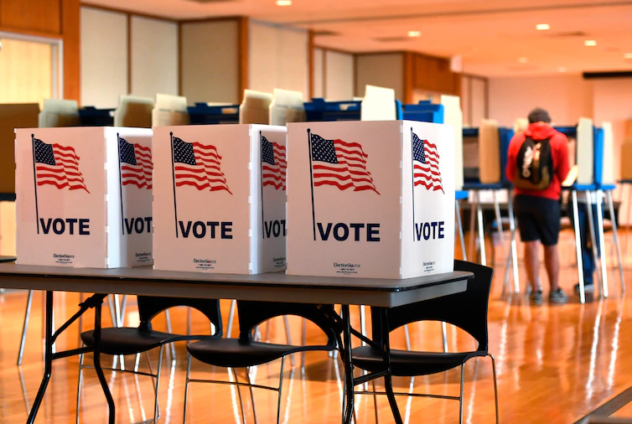 Millions of American tribesmen and women are voting to elect a president and lawmakers.

Two white tribal elders are contesting to rule the Covid-ravaged wheat-exporting former British colony for the next four years. They are the incumbent Donald J. Trump of the ruling Republican Party and Joseph R. Biden of the opposition Democratic Party, both in their seventies.

Due to the levels of illiteracy, candidates are represented on the ballot by animals, the elephant for the Republicans and a braying donkey for the Democrats.

Over 230,000 people have died of Covid-19, more than any country in the world, leading to widespread poverty and joblessness unseen in the vast country in a century.

Millions are dependent on food rations, homelessness is rife, and open defecation common in some provincial capitals.

As temperatures drop, the homeless sleep on cardboards and are warmed by steam rising from underground sewers at night. By day, they live off coins tossed their way by European and African tourists.

Some voters received assorted food packs from the ruling party suspected by the opposition to be in exchange for votes.

In parts of the province of South Dakota, children travel tens of km everyday to attend the nearest school, with many barely aware of a world beyond their homestead and school playground.

Mr Trump who is neither a believer in God nor science, earlier this year promoted drinking cleaning detergents to the country’s 330 million citizens as the means to fight covid. Some mountain village tribesmen heeded his advice and required emergency medical care.

It is unclear which brand of bleach Mr Trump, his wife, son and courtiers drank when they were infected with the deadly disease in October.

Some insiders are certain Mr Trump, believes the earth is flat. He also believes opposition leader Biden belongs to a cult whose members sleep with children for juju.

Trump is a close friend of North Korean leader Kim Jong-Un with whom he publicly exchanged crude insults earlier in his term. Some observers believe the American leader envies Kim’s god-like status among his people, and aspires to a similar grip on Americans.

The opposition have accused him of packing his administration with Trump clansmen and women and in-laws.

The country has a curious system of democracy adopted in 1788 in which candidates are sometimes elected with vastly fewer votes. In 2016, Mrs Hillary Clinton, an elder from the former ruling Democratic Party had three million more votes than Mr Trump but was declared the loser much to the bewilderment of democracy watchers elsewhere in the world. She would have been the first woman to lead the country in more than 200 years.

Tension has been high in the run-up to the polls with armed gangs, such as the Proud Boys militia, threatening to reject the results should their candidate lose.

Some tribal militiamen were caught recently plotting to abduct the head of Michigan province and stage a military coup.

Over the weekend, members of the opposition accused gun-totting, flag-waving ruling party supporters from the Texan tribe of trying to push their candidate’s vehicle off a cliff.

Earlier this year, dozens of towns across the country witnessed riots sparked by discrimination against black tribespeople. Their ancestors were shipped from west Africa in their millions over a four hundred year period to work as slaves on cotton plantations.

In May this year, George Floyd, a Black tribesman from the province of Minnesota, was killed in broad daylight by a policeman from the white tribe who knelt on his neck until his last breath left him as people watched. He is now out on bail. Another who shot a black tribes woman dead in her own bed at home was not even indicted, leading to further riots.

Members of the minority black tribe were counted only as three-fifths human in the 18th century and got the full right to vote in 1965.

A black armed militia known as NFAC has also emerged saying they are ready to fight the white tribes.

Thousands of shops have been boarded up with plywood and markets closed for fear of post-election unrest.

African analysts believe the African Union or Ecowas should send observers to watch the polls to ensure they are free and fair.

It is not known whether the UN has taken measures to parachute peacekeepers in, should civil war break out in the increasingly isolated territory.

The writer, was for many years the BBC’s correspondent in Ghana as well as the Reuters News Agency.

DISCLAIMER: The Views, Comments, Opinions, Contributions and Statements made by Readers and Contributors on this platform do not necessarily represent the views or policy of Multimedia Group Limited.
Tags:
Kwaku Sakyi-Addo
Political Opinion
US elections 2020