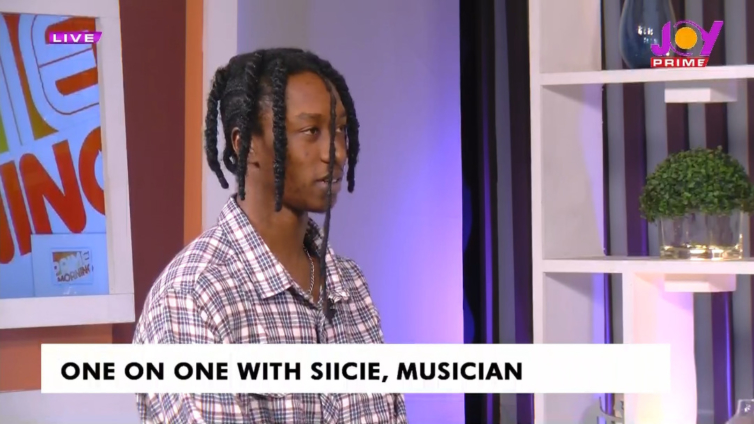 An upcoming musician, Isaac Wilson also known as Siicie Arthur or Siicie in the music industry, says rapper, Kwesi Arthur is one of the Tema boys who inspires his music.

In an interview on Prime Morning on Friday, Siicie said although there are other talented artistes, Kwesi Arthur “is top-notch for me.”

“Kwesi Arthur, he is top-notch for me, number one. Aside him I don’t know,“ he told Joy Prime‘s KMJ.

According to him, the rapper has promised to feature him.

Siicie said he started his music career right after SHS in 2020, adding that he has been doing music for two years with one release ‘TM ATHEM’ which means Tema Anthem, which he officially premiered on Prime Morning.

Commenting on his hairdo, he explained that the hair is not fully natural since it is a combination of his mum’s hair and an extension.

He also stated that even though she’s not dead, due to the love he has for his mum, he feels she’s always with him.