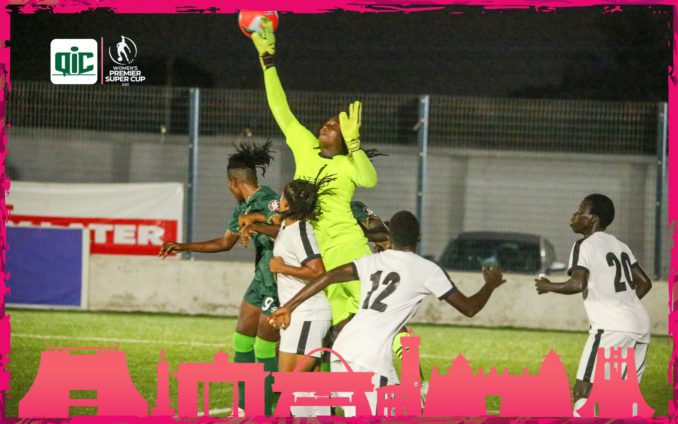 Head coach of Ladystrikers, Dauda Sanogo has complained about poor officiating during the final of the Women’s Super Cup at the Madina Astro Turf on Sunday.

The Strikers suffered heartbreak on the night after losing 3-2 to arch rivals, Hasaacas Ladies to miss out on the title.

However, Sanogo believes the referee should have brought a halt to play prior to the second goal for Hasaacas Ladies before the half-time break.

Rita Oduro had picked up an injury and was lying on the turf moments before Veronica pounced on a long ball from her own half and rounded the goalkeeper to slot home and extended the Hasmal Ladies lead to two.

Asked about his frustration with the official not to stop play, the coach told Joy Sports: “It [Poor officiating] is something that has been rehearsed all the time against us because we were going to score when the referee called for play to stop in the first half because an opposition player was on the ground. But my player was down for one minute and she allowed play to continue and they went to score,”

“The explanation I heard from the assistant referee was that ‘the referee didn’t hear the communication’. But what was she doing with the flag? She could have raised it to get her attention to stop the game.

“The second goal brought the morale of my players down and it cost us [the trophy],” he concluded.

“She [Amfobea] deserves it. She’s been consistent from the very first day of the tournament. The two awards are just the reward to encourage her to continue and keep up what she has been doing,” he added.

Amfobea netted five times in five games as her side finished second in the tournament. She finished topscorer with Ampem Darkoa’s Mary Amponsah.