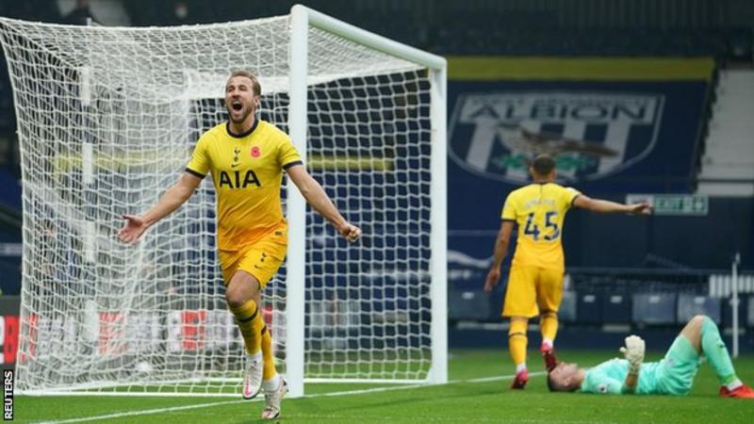 Harry Kane’s 88th-minute header was enough to send Tottenham to the top of the Premier League for the first time since August 2014.

A game of few chances seemed destined to end goalless after Hugo Lloris had kept out Karlan Grant’s second-half header and a flurry of Tottenham chances had come and gone without reward.

But, as has been the case so often in the past, Kane punished a minor lack of concentration.

Tottenham’s lead at the summit may only last a matter of hours, but it was the kind of narrow win that is the hallmark of champions.

For West Brom, who have now scored once in their last five games, it was a result that keeps them in the relegation zone and already facing a tough battle to retain their top-flight status.