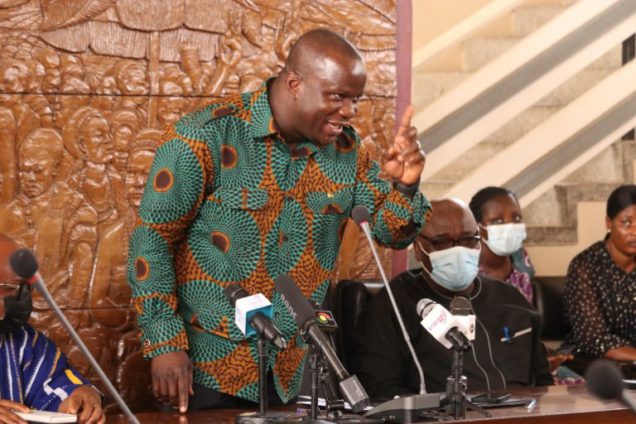 The Lands and Natural Resources Minister, Samuel Abu Jinapor, has urged residents in the Volta and Oti regions to be untied despite their political affiliation.

According to Mr Jinapor, the country can enjoy true and total development only when the citizens are united.

“It is very necessary to leave the political affiliations, come together in unity and work towards a common goal and development,” he stressed.

Mr Abu Jinapor made the comment when he paid a courtesy call on the members of the Volta Regional  House of Chiefs as part of his tour of the Volta and Oti Regions.

The MP for Damongo called on the Chiefs to intervene and ensure there is harmony among residents.

He also entreated the members of the Volta Regional House of Chiefs to provide the Ministry of Lands and Natural Resources with the needed support to carry out its mandate.

The Lands Minister also interacted with the Chiefs and people of the Gbi Traditional area.

The minister was accompanied by the MP for Hohoe, John Peter Amewu, Volta Regional Minister, Dr Archibald Yao Letsa and other dignitaries.

They presented some items to the family of the late Paramount Chief, Togbega Gabusu VI who was buried over the weekend.