Mahama will beat Alan or Bawumia in 2024 elections – InfoAnalytics report 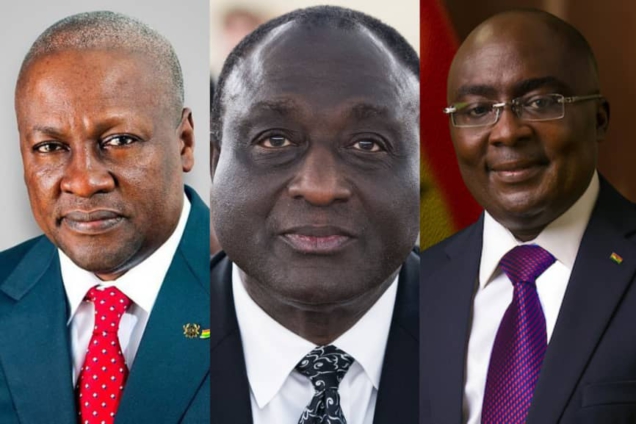 A new survey by Global InfoAnalytics has revealed that former President John Mahama, will beat the two frontrunners of the New Patriotic Party (NPP) in the 2024 elections.

According to the report, Ghanaians will prefer Mahama as the next president of the country over Dr Mahamudu Bawumia or Alan Kwadwo Kyerematen.

The report, which sampled views across the length and breadth of the country stated that presently, the NDC’s 2020 flagbearer has more appeal than both the Vice President and the Minister for Trade and Industry, Alan.

The October 2022 report also showed that Mahama is gaining the attention of more voters in the Eastern Region.

“In the general elections, the poll shows Mahama (JDM) continues to lead his potential rivals from the NPP, Bawumia (DMB) and Alan Kyeremanten (AKK) by a significant margin if the elections were held today.

It continued, “The poll also shows JDM regaining the Northern region after lagging behind in earlier polls. JDM continues to lead in the North East region, the home region of the Vice President, according to the poll.

The poll shows that the Eastern region may be slipping away from the NPP as JDM expand his lead in the region compared to the July poll. JDM leads DMB 73% by 24% and AKK by 68% to 30%”.

In the race for the NDC’s flagbearership, the report further stated that Mahama is ahead of all other contenders.

“He leads Dr. Kwabena Duffour (DKD) 71% to 19%. Hon. Kojo Bonsu, attracts 3% of the votes with someone else,7%. DKD’s improvement in the polls suggests that people who had earlier said they intended to vote for someone else in the July polls, opting for him instead”, the survey revealed.

Meanwhile, 70% of eligible voters doubt the ability of the New Patriotic Party (NPP) to win the 2024 general elections.

In InfoAnalytic’s October 2022 report, majority of Ghanaians ruled out the possibility of the NPP ‘breaking the eight’.

“On the question of whether the the NPP can ‘Break the Eight’, approximately 70% of voters do not believe the NPP can win the 2024 election, whilst 19% believe so and 10% have no opinion”, the report said.

The indication of doom for the ruling New Patriotic Party in the 2024 general elections comes at a time when scores of Ghanaians are embittered about the declining state of the economy.

The widespread agitations have taken the form of social media trolls, jabs and hostile remarks, all directed at President Akufo-Addo and Vice President Dr. Mahamudu Bawumia.

Some of the enraged critics say President Akufo-Addo rode on the back of lies and flowery speeches to become President, knowing he had no good thoughts for the country.

But reacting to some of these concerns, the President, in an interview on Monday stated that he is not frightened by the threats from some Ghanaians to boot the NPP out of office in 2024.

According to him, such threats are part of the politics and therefore he is not perturbed.

Meanwhile, concerning the ailing economy, government says it is still in talks with the International Monetary Fund (IMF) to devise effective policies to rescue the country from its present woes.

DISCLAIMER: The Views, Comments, Opinions, Contributions and Statements made by Readers and Contributors on this platform do not necessarily represent the views or policy of Multimedia Group Limited.
Tags:
2024 elections
Alan Kyerematen
John Mahama
Mahamudu Bawumia
NDC
NPP