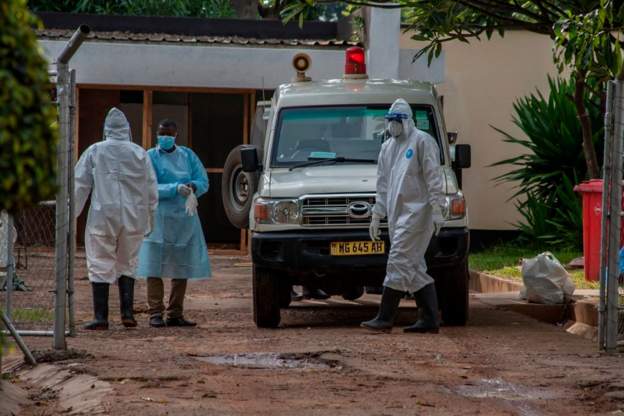 The president said the action followed an audit he had commissioned into the spending of 6.2 billion Malawian kwacha ($7.8m; £5.6m) for Covid response.

He said there would be “no sacred cows” noting that more than a dozen senior officials implicated in the audit report, including in his office and the cabinet, had already been arrested. He promised there would be more arrests within the civil service.

“I cannot have in my cabinet any individuals who either spend money budgeted for one thing on something else or do not ask tough questions to ensure that the money they are spending on something was budgeted for that purpose,” the president said in a televised address to the nation.

The labour minister has been accused of diverting 613,000 Malawian kwacha of the Covid funds to pay for travel expenses to South Africa.

The president noted that while the minister had repaid the funds, it meant the money was not there when it was needed most.

The minister on Sunday told the Reuters news agency that he was shocked by the decision, without making further comments.

Meanwhile police in Malawi have confirmed the arrest of 19 people suspected to have misused Covid-19 funds – including officials from the president’s office and the cabinet as well as a well-known journalist, Mzati Mkolokosa, who was recently replaced as the director of information.

DISCLAIMER: The Views, Comments, Opinions, Contributions and Statements made by Readers and Contributors on this platform do not necessarily represent the views or policy of Multimedia Group Limited.
Tags:
Covid fund
Lazarus Chakwera
Malawi
Sacked