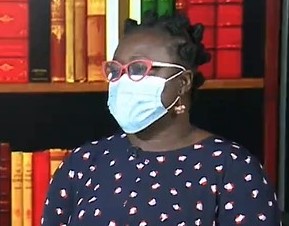 The Coordinating Director of the Domestic Violence and Victim Support Unit (DOVVSU) has called for help for people who abuse their children or spouses.

According to Chief Supt. Owusuaa Kyeremeh, many perpetrators of these abuses see their actions as normal because they have experienced one guardian or another do the same to them or a parent.

Speaking on The Law on JoyNews Sunday, she said the perpetrators should be educated to understand that whatever violent habit they witnessed is not normal.

“The person might have been an abused person before or maybe growing up, he or she observed a parent or whoever, being abused and he or she forms the idea that it is okay. Maybe, the child himself or herself might have suffered that kind of abuse,” she said.

Chief Supt. Kyeremeh told Samson Lardy Anyenini, host of the Show, that once perpetrators see the actions they grew up with as normal, they will continue to be abusive as long as they do not have any knowledge that tells them otherwise.

However, efforts being put in place to stop domestic violence, currently, are focused on the victims and how to ensure they are safe, she added.

She stated that to ensure domestic violence is tackled holistically, perpetrators need to be studied to understand why they do what they do.

“Because it is when you understand them that it will help inform the decisions in terms of policy and how to approach issues of domestic violence,” Chief Supt. Kyeremeh stressed.