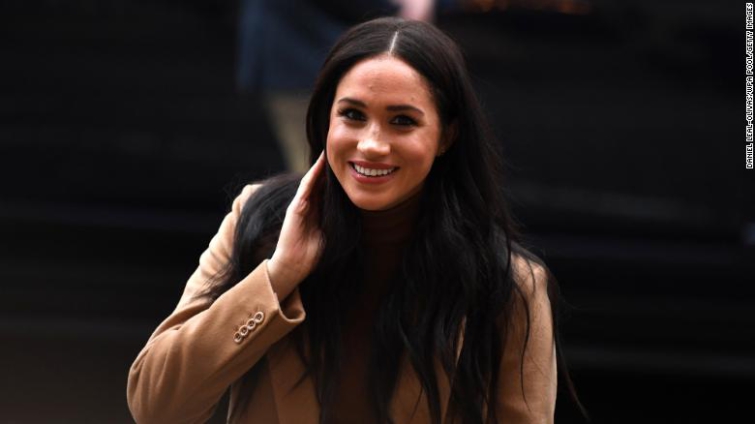 Meghan, Duchess of Sussex arrives with Prince Harry, Duke of Sussex to Canada House in thanks for the warm Canadian hospitality and support they received during their recent stay in Canada, on January 7, 2020 in London, England. (Photo by DANIEL LEAL-OLIVAS - WPA Pool/Getty Images)

One of Meghan Markle’s former costars has revealed that he was offered insane money to lie about her.

Simon Rex, who worked with Meghan back in 2005 for an episode of the short-lived UPN sitcom Cuts, says “several” British tabloids offered him $70,000 to claim that he and Meghan had slept together back in her pre-Prince Harry days.

But don’t worry, because today in Things-That-Will-Restore-Some-of-Your-Rapidly-Dwindling-Faith-in-Humanity, Simon took a hard pass on that shadiness (even though he admits he wasn’t in a good place financially at the time).

“I was broke as f*ck! I really needed the money,” Simon explained in a new interview with The Guardian about his buzzy role in Red Rocket. “But I’ll be on food stamps before I do that.”

In reality, Simon and Meghan had a friendly but definitively sex-free lunch together literally one time and that was the extent of their time together outside of work, making the tabloids’ requested lie *quite* a stretch.

“[We] just hung out one time because we did a TV show together,” he explained of his Meghan connection during a 2002 interview for the podcast Hollywood Raw. “She was someone that I met on a TV show, and we met for lunch and that was the extent of it.”

Word apparently got back to Meghan about the gross tabloid offer.

Meghan was so grateful for Simon being an ally in her constant battle against blatant misinformation about her entire life/every move that she personally penned him a thank you note that said, “It’s nice to know there are still good people.”

“This is true,” Simon confirmed in a tweet about the story. “And I framed the thank you letter she wrote me. She has very nice penmanship btw.”

Sending bonus thank you vibes to Simon for being a part of some news that actually makes us feel  a little, tiny bit better about the world.