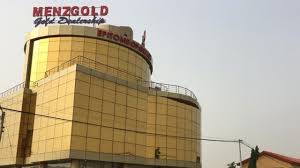 The Director of Operations at the Office of the President has asked aggrieved customers of embattled gold dealership company, Menzgold, to exercise patience with the government.

Mr. Lord Commey, who received the petition on behalf of President Akufo-Addo, assured the aggrieved customers that government will not neglect them.

“I don’t want you to think government is not concerned about your plight. But that is not the case. So we are pleading with you to continue exercising patience with government.

“I have been asked by the President to receive this in his stead, and I am sure that whatever needs to be done will be done,” he said on Monday.

The aggrieved customers of Menzgold thronged the principal streets of Accra to remind the government of their locked-up monies.

In 2018, Menzgold was asked to suspend its gold trading operations with the public by the Securities and Exchange Commission (SEC).

According to the SEC, Menzgold had been dealing in the purchase and deposit of gold collectibles from the public and issuing contracts with guaranteed returns with clients, without a valid license.

Menzgold has, however, failed to fully pay its customers the value of their gold deposits as well as their entire investments.

Some aggrieved customers have, since, staged protests to demand the payment of their locked-up cash.

These protests are yet to yield results as customers have still not received their monies.

But in the latest demonstration, Mr Commey says the Akufo-Addo government is committed to ensure that aggrieved customers receive their money.

DISCLAIMER: The Views, Comments, Opinions, Contributions and Statements made by Readers and Contributors on this platform do not necessarily represent the views or policy of Multimedia Group Limited.
Tags:
Customers
Menzgold