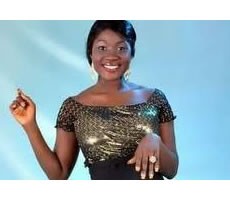 Despite the scandals trailing the much talked about wedding of popular actress, Mercy Johnson to her boyfriend of two years, Prince Odianosen Okojie, the wedding will hold as planned this morning.

MJ, as the actress is fondly called by friends and relations, according to her publicist, BigSam Media and the groom’s family spokesman, Prince Peter Okojie in separate statements weds her man today.

The confirmation became necessary following rumours that the wedding had been called off.

Speaking on behalf of the Johnson family, Bigsam Media said “We’d like to inform the general public, especially, MJ’s fans, that after several legal and spiritual consultations, Mercy Johnson has decided to go ahead with the wedding plans.

“She will be walking down the aisle on Saturday, August 27(Today). She however urges her fans and friends to pray for her and as she makes one of the most difficult decisions in life.

“Some may call it a trial of love while others may settle for a triumph of love, but for Mercy Johnson, it is simply a leap of faith.” the statement reads.

Also speaking in the same vein, the groom’s family spokesman Prince Peter Okojie said “our attention has been drawn to series of press publications, stating that the wedding between Mercy Johnson and Prince Odianonsen Okojie scheduled for 26th, and 27th of August, 2011, would, not hold.

“We would like to use this medium to affirm that the wedding is holding viz: The traditional marriage on the 26th of August, 2011 and Church wedding on the 27th of August, 2011″, he said, in a statement sent to HVP.

The leadership of Christ Embassy Church, last Sunday, presented the couple before the congregation, and solicited their support to enure that the wedding is a success.

Still on the celebrity wedding, HVP gathered that while popular comedian Ayo Makun a.k.a AY of the famous TV show “AY Live” has been chosen as the event’s Master of Ceremony, sexy Ghanaian actress, Yvonne Nelson will be the Chief bridesmaid, while Kenneth Kadiri is best man.

The reception holds at 10 Degree Event Centre. We also learnt that security has been beefed up around the event venue to ensure a hitch-free wedding ceremony.

Canadian-based Nigerian lady, Lovely Okojie, few weeks ago, opened a can of worms when she alleged that she is still legally married to the screen diva’s husband-to-be, Prince Okojie.