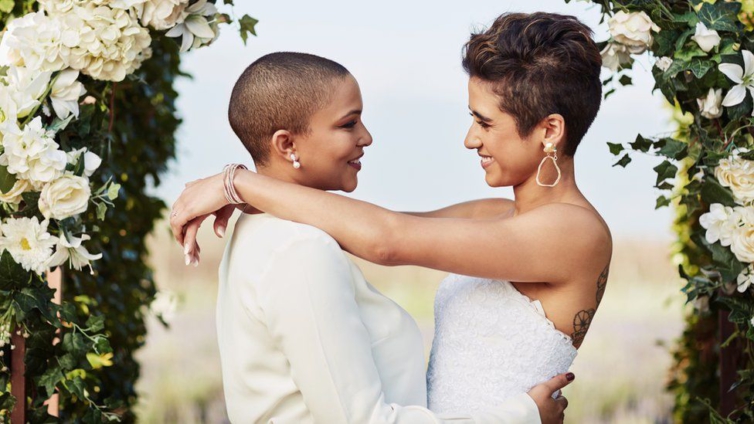 The Methodist Church has become the largest religious denomination in Britain to permit same-sex marriages.

A vote to change the definition of marriage at the Methodist Conference on Wednesday overwhelmingly passed by 254 in favour with 46 against.

Freedom of conscience clauses mean ministers will not be forced to conduct such weddings if they oppose the move.

Same-sex marriage is not allowed in the Church of England or the Roman Catholic Church.

However it is welcomed in the Scottish Episcopal Church and United Reformed Church.

The Methodist Church is Britain’s fourth-largest Christian denomination with about 164,000 members across more than 4,000 churches.

Church officials hope the first same-sex weddings in Methodist chapels will take place in the autumn.

The Rev Sam McBratney, chair of the Dignity and Worth campaign group, said it was a “momentous step on the road to justice” after many years of “painful conversations”.

“Some of us have been praying for this day to come for decades, and can hardly believe it is now here,” he said. “We are so grateful to our fellow Methodists for taking this courageous step to recognise and affirm the value and worth of LGBTQ+ relationships.

“We reassure those who do not support this move that we want to continue to work and worship with you in the Church we all love.”

However in an emotional debate, Carolyn Lawrence, a former vice-president of the Methodist Conference, warned there was a “significant minority” of Methodists who were “planning on leaving or resigning their membership” as a result of the vote.

“Today is a line in the sand for many people and seen as a significant departure from our doctrine.”

Ben Riley and Jason McMahon have been together for 12 years but have waited to marry until they could have a church wedding.

Ben said today’s decision “means so much” and they now hope to marry in their local Methodist church in Preston.

Jason, who is training to be a Methodist minister, described it as a “very emotional day”.

“To be told by the Church that you are worthy, that we accept you, and that you can be married in the eyes of God in the church you call home with friends and family – it means a great deal.

“It has really helped me feel truly at home within a Church that is able to embrace anybody.”

He said waiting for same-sex weddings to be permitted had been “painful” but added that he hoped the Methodist Church could now “begin to look outwards”.

The proposals were initially passed by the Methodist Conference in 2019 before being sent to local synods for consultation.

All but one of the 30 local synods have since voted in favour of the change. Wednesday’s confirmatory vote was due to take place at the 2020 conference but that was cancelled because of the Covid-19 pandemic.

The changes mean the Methodist Church now holds two parallel definitions of marriage – one position says “marriage can only be between a man and a woman” and the other that “marriage can be between any two people”.

Church officials hope the dual definition will persuade conservative churches not to leave and protect ministers from discrimination claims if they refuse to marry gay couples.

The Rev Sonia Hicks, president of the Methodist Conference, said: “The debate today and our wider conversation has been conducted with grace and mutual respect.

“As we move forward together after this historic day for our Church, we must remember to continue to hold each other in prayer, and to support each other while respecting our differences.”