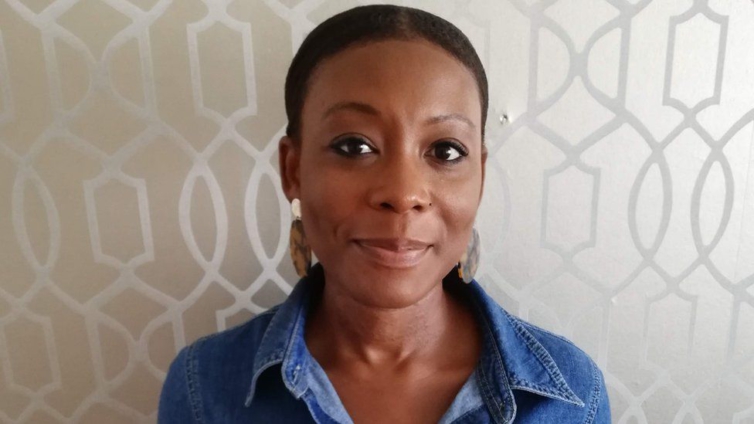 Doreen Thompson-Addo never discovered why she had repeated miscarriages

Black women face a significantly higher risk of having a miscarriage than white, research suggests.

The Lancet analysis of data on 4.6 million pregnancies in seven countries suggests being black increases miscarriage risk by 43%.

It calls for people in the UK to be given support after their first pregnancy loss. Currently, referral to specialist clinics usually occurs after three consecutive losses only. Most countries, including the UK, do not collect statistics.

Some estimates of miscarriage rate are higher, but this is due to differences in how countries define pregnancy loss, which can be from a positive pregnancy test or from a scan.

The report also found that women who suffered miscarriage, from all ethnic backgrounds, are more vulnerable to long-term health problems, such as blood clots, heart disease and depression.

“When I got pregnant the first time, I was very excited,” Doreen said.

“I told my friends and family, I started thinking of names for the baby and planning my baby shower.”

But within two months of her positive pregnancy test, Doreen started bleeding and lost the pregnancy.

“You hear about how common miscarriage is,” she said, “but you never think it’s going to happen to you.”

Doreen, who had her daughter Arielle in 2017, was simply told to “try again” after her first miscarriage.

After her third, she was referred to an NHS recurrent-miscarriage clinic but never found out why she had lost multiple pregnancies.

What help can be offered?

The research published in The Lancet suggests:

Most of the research was carried out in Sweden, Finland and Denmark, some of the few countries that gather statistics, though data from the US, UK, Canada and Norway was also used.

“We know there’s an increased risk of dying in pregnancy for black women,” Tommy’s National Centre for Miscarriage Research deputy director Prof Siobhan Quenby, from the University of Warwick, who worked on the study said.

“But I was very shocked to also find an increased risk of miscarriage.”

Black people are at higher risk of developing type 2 diabetes and heart disease – and both conditions increase the risk of miscarriage.

But Prof Quenby said scientists were also investigating whether the risk of other health issues, such as fibroid conditions and autoimmune disorders, could help explain the higher rate.

About 75% of those who miscarry will go on to have a healthy pregnancy, which is partly why couples are usually encouraged to try for another baby without further investigations.

But Prof Quenby – who also runs a recurrent-miscarriage clinic – said: “There are things we can do to prevent miscarriage.

“It’s not a condition that’s hopeless.”

Lifestyle changes could help – and about 30% of people referred to her clinic smoked, had uncontrolled diabetes, a high body-mass index or blood pressure.

“That means the health services missed three opportunities to get them into a better state for their next pregnancy,” Prof Quenby said.

A “graded response” was needed, she added, providing:

Nadine Dorries, minister for women’s health, said: “Suffering the loss of a child is a tragedy beyond words, which is why we’re urgently working to understand and address the causes of miscarriages, while providing the best support for families.”

Work was ongoing to look at the quality of bereavement care, and reduce inequalities in care for new and expectant mothers, she added.

In an editorial accompanying the research, the Lancet says: For too long, miscarriage has been minimised and often dismissed.

“The lack of medical progress should be shocking.

“Instead, there is a pervasive acceptance.

“The era of telling women to ‘just try again’ is over.”

The research also suggests significantly increased risks of suicide, depression and anxiety for those who miscarry and says the impact on partners needs further investigation.

After eight losses, Charlotte was expecting twins but at a scan discovered she had also lost that pregnancy.

“I just fell apart,” she said.

“My husband was trying to hold me together.

“And I was just wailing and screaming.

“I didn’t want to live anymore.”

Initially, Charlotte was just given a leaflet.

Only when she started talked about ending her life was she offered additional support and, eventually, treatment for post-traumatic stress.

She went on to have a healthy boy, Ansel, last year, and now feels able to speak openly about her experiences.

“I know how lucky I am to get there.

If you, or someone you know, have been affected by the issues covered in the story, the BBC Action Line has details of organisations offering help and support.