More than 170 farmlands in Atebubu destroyed by bushfires in three months - MyJoyOnline.com 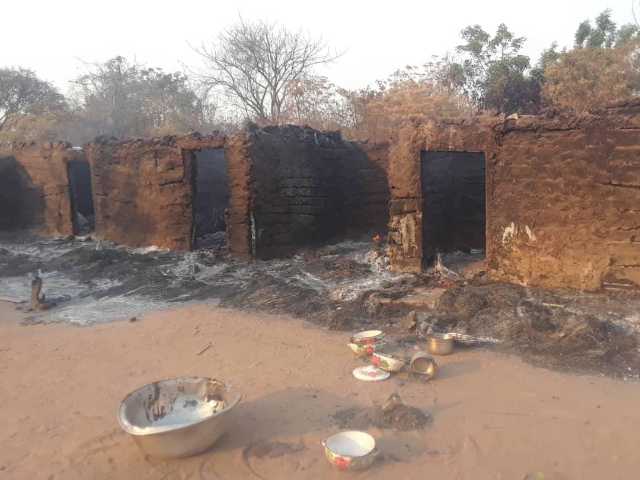 Over 170 farmlands have been destroyed by bushfires in the Atebubu Amantin municipality of the Bono East Region, posing a serious threat to the government’s flagship agricultural policy, the Planting for Food and Jobs program.

As a result, a regional anti-bushfire campaign aimed at sensitising the populace on the effects of bushfires has been launched in the municipality to help curb the menace.

The launch brought together hundreds of farmers and fire volunteers drawn from the various farming communities in the region.

Regional Fire Commander DO1 George Anim Frimpong, disclosed to Joy News that the incidents occurred between December 2019 and February 2020.

Mr. Anim Frimpong added that “the incidents call for the re-tooling and resourcing of the various rural fire departments of the service as a means of reducing fire outbreaks in the area and the region at large.”

On his part, Bono East Regional Minister and Member of Parliament for Atebubu Amantin constituency, Kofi Amoakohene, said the phenomenon serves as a threat to agriculture which forms part of government’s efforts towards ending unemployment especially in the rural areas.

The regional anti-bushfire prevention campaign would provide the staff of the Ghana National Fire Service and fire volunteers the platform to reflect and sensitise the public on the devastating effects of bushfires in the region.

Some of the affected farmers called on government to intensify the fight against bush burning by enforcing the various by-laws governing the act.