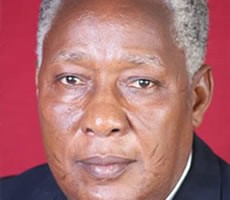 The government has withdrawn its sovereign guarantee for STX Ghana following its decision to exit from the STX housing project, the Minister for Water Resources, Works and Housing, Mr Enoch Teye Mensah, has said.

Consequently, the government, on May 5, 2012, directed the Ministry of Finance and Economic Planning and Barclays Bank Ghana to suspend the guarantee in respect of the housing project.

In an interview in Accra Thursday, Mr Mensah advised managers of STX Ghana to desist from its public posturing that it still had a binding contract in connection with the $1.5 million concessional facility meant to finance the project.

But Mr Bernard Kwame Asamoah, one of the partners of STX Ghana, dismissed the statement made by the minister, saying that no communication had been made to him regarding the government’s withdrawal of its sovereign guarantee for the company.

“I was out of the country and just returned. Therefore, I may have to cross-check the information you are relaying to me,” he told Daily Graphic.

A sovereign guarantee is an undertaking given by host countries to assure project lenders that the government will take certain actions or refrain from taking certain actions affecting the project.

The government provided a sovereign guarantee to serve as a financial backbone for STX Ghana in the execution of the government’s housing project meant to provide some 30,000 housing units for the security services.

Mr Mensah said the off-taker agreement entered into with STX Korea had since ceased to exist, following the Cabinet’s decision to back out of the deal.

According to him, the project became stillborn because of changes in the shareholding structure of STX Ghana, a development which prompted the Korean partners to drag their Ghanaian partner, Mr Asamoah, to court over alleged falsification of corporate documents and unlawful reconstitution of the board.

“Government’s position is that since there is no binding contract, STX Ghana should stop parading itself that it still possesses the $1.5 million guarantee to execute the project,” Mr Mensah said.

“The managers only came to waste everybody’s time by holding the nation to ransom in connection with the deal,” he added.

The minister said lands allocated to the company for the housing project had since been repossessed by the government.

He said the government was patiently waiting for a report from the Attorney-General’s Office in connection with claims it could make of the aborted project.

Mr Mensah also charged government functionaries to avoid according managers of STX Ghana platforms relating to the project which had since ceased to exist.

The government, in April this year, announced its decision to pursue STX Korea for the recovery of all government investments, as well as assets, it provided for the intended execution of the abandoned STX housing project.

President John Evans Atta Mills, on January 27, 2011, cut the sod for the commencement of the project, which at the time was expected to be the biggest investment made by the government in the housing sector.

The project was, however, fraught with problems resulting from the Korean and Ghanaian partners engaging in a turf war over ownership and control of the company.