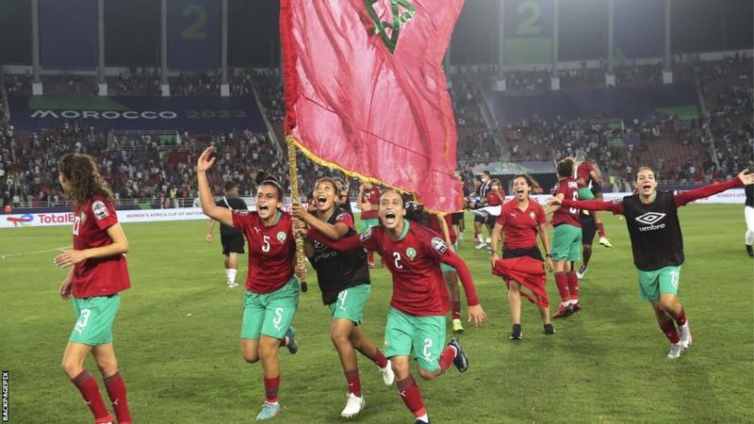 Morocco and Zambia both qualified for the Women’s World Cup for the first time after winning their Women’s Africa Cup of Nations (Wafcon) quarter-finals on Wednesday.

Not only the first North African country to host a Wafcon, Morocco’s 2-1 victory against Botswana makes them the first country from the region to qualify for the Women’s World Cup.

Earlier, goalkeeper Hazel Nali was the hero for Zambia in their penalty shootout win against Senegal, after extra time had finished 1-1 in Casablanca.

All four Wafcon semi-finalists automatically qualify for the 32-team tournament in Australia and New Zealand in 2023.

Botswana and Senegal have a final chance to join their conquerors in the tournament when both play in repechage ties at the weekend to decide Africa’s two teams to contest an intercontinental play-off next year.

Impressing again with their flowing football, Morocco earned their fourth win in as many games in the capital Rabat to see off a Botswana side who fought to the end.

Just before the hour, the irrepressible Tagnaout delivered again as her cross was headed home by Yasmin Mrabet for a goal greeted by flares in the packed-out stands.

Morocco has invested hugely in women’s football in recent years and reaching the Women’s World Cup has been a stated aim.

DISCLAIMER: The Views, Comments, Opinions, Contributions and Statements made by Readers and Contributors on this platform do not necessarily represent the views or policy of Multimedia Group Limited.
Tags:
Morocco
WAFCON
Zambia