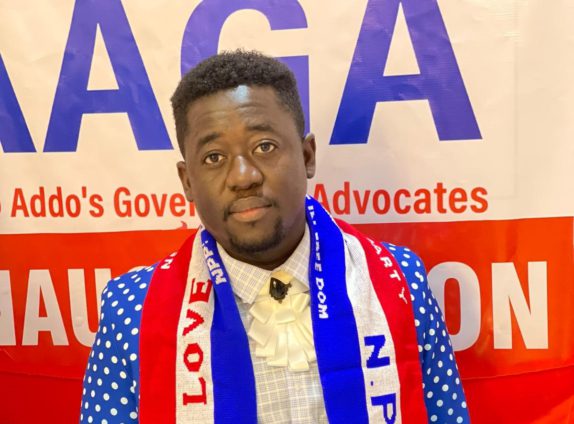 A Youth group under the governing NPP, Akufo-Addo’s Government Advocate (AAGA) has called for support to help the youth of the country veer into entrepreneurship instead of relying on the government for employment opportunities.

According to the Chairman of the Central Regional Chapter, Dr Michael Kyerematen, the clarion call was influenced by the economic challenges the nation is beset with, which Minister for Finance, Ken Ofori-Atta, raised at a graduation ceremony of the University of Professional Studies.

According to Mr Ofori-Atta, 60% of Ghana’s revenues is used in “remunerating some 650,000 people” a situation he described as unsuitable.

The Minister, urging the youth to find innovative means of becoming entrepreneurs noted that the government is putting measures in place to help in that regard, considering the difficulties entrepreneurs face in establishing and keeping their businesses afloat.

“This budget that we are going to be doing is going to really focus on the youth. We will have a programme in it looking at the youth and [their] demands and how we can structure…the Ghana Obaatanpa Programme [for the next two or three years] to ensure that the youth become their own bosses, and how to become entrepreneurs” said the Minister.

Dr Kyerematen said there would be the need to support the government to bring the policy to light because “to build a national agenda for the good economy the best way is to motivate more people to become entrepreneurs than seeking for employment.”

He said he is positive about the government’s efforts at addressing the challenge based on some of the initiatives they have implemented to lessen the burdens on Ghanaians including the reduction of interest rates on loans.