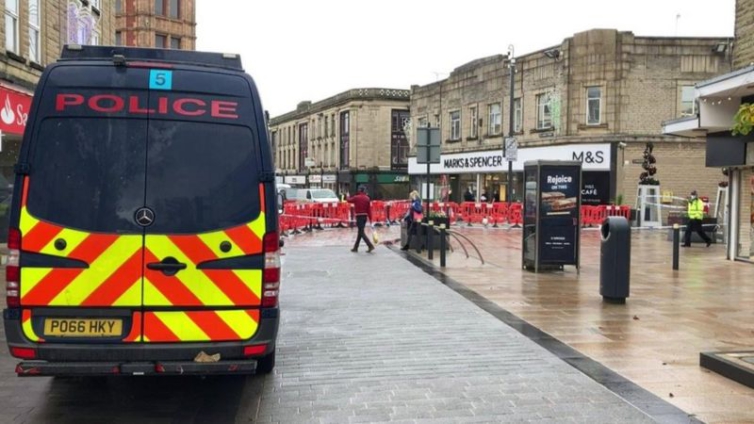 Two women have been seriously injured in a stabbing at a Marks & Spencer store, police have said.

Officers were called following reports of an attack inside the store in St James Street, Burnley, Lancashire, at 09:30 GMT.

Both women have been taken to hospital but their injuries are not believed to be life-threatening.

A 57-year-old local man has been arrested on suspicion of attempted murder and remains in police custody.

Inquiries are ongoing but police believe this is an isolated incident and no-one else is thought to have been involved.

A knife has been recovered and officers have stepped up patrols in the area, police have confirmed.

Carl Shredder, who was shopping with his wife at the time, had stopped at the cash machine opposite Marks & Spencer when he heard shouting coming from the store.

He told the BBC he saw a man “holding down” another man before the emergency services arrived at the scene.

“Within a couple of minutes, the police had arrived. There were six or seven police cars, sirens all over the place,” he said.

“Then within another five or so minutes, an ambulance came. It was apparent by then that some sort of major incident had occurred.”

He added: “It was a bit of a frightener when we came home and realised in the cold light of day what could have happened.”