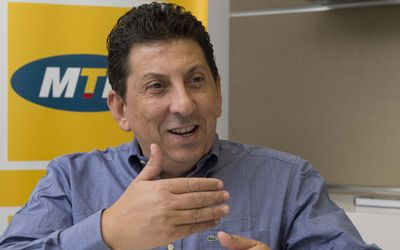 He will leave the company at the end of July, less than a year into his job.

"This was a difficult decision to take for Ahmad, but unavoidable due to personal and family reasons," MTN Group president and CEO Sifiso Dabengwa said.

Mr Farroukh’s resignation comes during a protracted strike at MTN SA, the group’s second-largest network operator. Employees have been on strike since the end of May demanding better wages and bonuses.

Mr Farroukh joined MTN in 2006, with the acquisition of Investcom and has held several roles during his tenure with the group.

Business Times reported on Sunday that Mr Farroukh had announced his resignation plans at a meeting in June, but that his proposal had not been officially accepted.

The strike has affected some services at the company. However, MTN SA’s chief human resources officer, Themba Nyathi, told Business Day on Sunday that the company’s core network had remained operational and stable.

He admitted, however, that service and product channels had been harmed. Mr Nyathi also denied allegations that two major corporate clients had terminated, or were on the verge of terminating, their contracts with MTN as a result of service delivery disruptions caused by the strike.

Mr Nyathi said several strikers had returned to work in the past two weeks.

About 400 employees, mainly at call centres and warehouses, continued to stay away. The Communication Workers Union initially demanded a 16% guaranteed bonus and 10% wage increase, but president Clyde Mervin on Friday said that the union was willing to accept an 8% bonus, payable immediately rather than in two tranches, and that the 10% wage increase was negotiable.