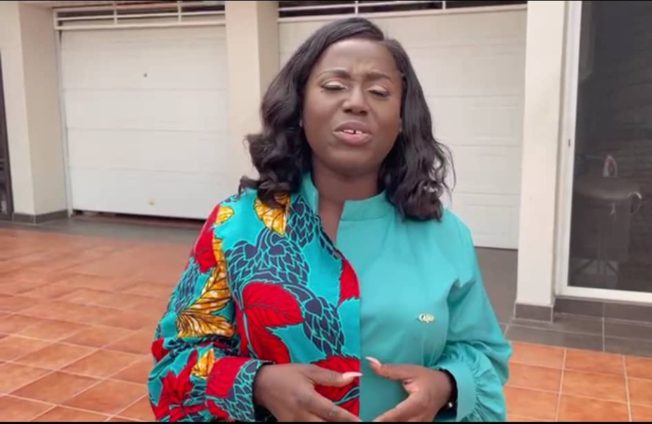 Speaking in an interview with JoyNews’ Becky, the recently crowned Artiste of the Year at the Vodafone Ghana Music Award, shared how her new hit was inspired by her life at a young age when God Almighty showed Himself great in her many endeavours.

“The statement ‘Awurade Ye’ is way older than I am because I grew up listening to my mother use that phrase either the Lord did it or not. At other times, she would say God is going to do His thing again or God has done His thing again. This was in every line of prayer my mother would say because we were either trusting Him for something, He was doing something or we were believing Him to do something. Over the years, we have seen the hand of God move mightly”

The ‘Adom’ hitmaker noted that her mother was healed of her affliction immediately after the release of her song and is optimistic that the Lord God will through the song reach out to many who seek and need him.

“She sent us a video of her dancing. This was a woman who wasn’t able to walk except with somebody holding her. So what I’m believing God to do with this song is that is going to be everybody’s prayer song, everybody’s declaration of faith and trust in God,” she said.

The song which is on the number one spot on YouTube trends after its release will be a blessing to many according to Diana Hamilton.

Diana Antwi Hamilton is a Ghanaian gospel musician with several awards to her name. She won the 2021 Most Streamed Female Act of the Year Award at the 3Music Women’s Brunch.