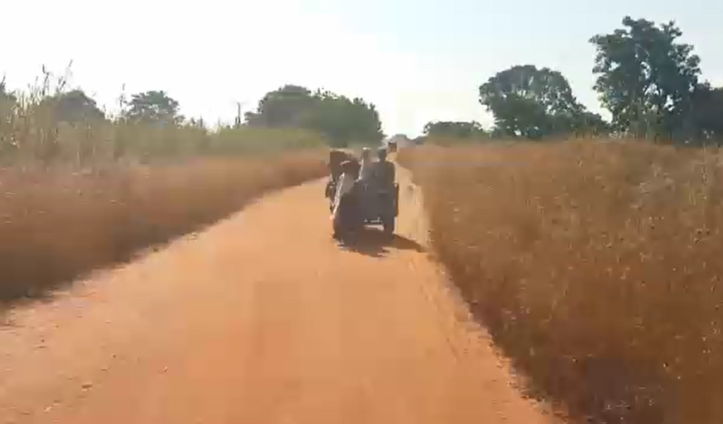 The chiefs and people of Namangu in Nalerigu/Gambaga in the North East Region are appealing to the government to rehabilitate the only access route to the community.

The seven-kilometre road linking the community to the Walewale highway has been known to security officials as one of the notorious routes for the smuggling of marijuana.

Speaking to JoyNews, residents said the deplorable nature of the road is making living conditions more difficult for them.

One resident explained that due to the poor state of the road, cars barely visit the community; leaving residents to travel mainly on foot.

According to him, the residents are sometimes forced to use donkeys, motorcycles, and bicycles for transportation.

The road has also become a safe haven for armed robbers and other criminals, another resident added.

Community Chief, Wuni Braimah said his people are therefore frustrated after several attempts to get the road fixed, turned futile.

He said his people have been to the district assembly on several occasions to hand over petitions but no action has been taken.

“We are appealing to authorities to come to our aid if they can’t put asphalt on it, they should gravel it for us,” another resident, Nabila Inusah added.

DISCLAIMER: The Views, Comments, Opinions, Contributions and Statements made by Readers and Contributors on this platform do not necessarily represent the views or policy of Multimedia Group Limited.
Tags:
bad roads
Nalerigu
Namangu