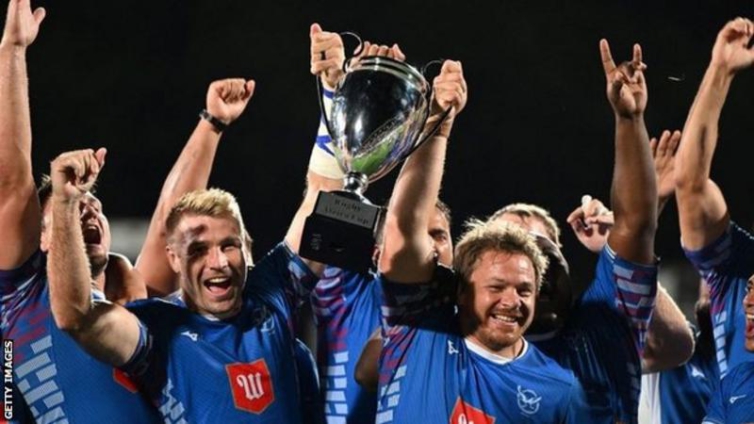 Namibia will play at next year’s Rugby World Cup for the seventh straight time since their 1999 debut after beating Kenya 36-0 in France on Sunday.

Playing in Aix-en Provence in the country that will host the 2023 World Cup, the Namibians were too good for a Kenyan side bidding to reach the finals for the first time.

They will line up alongside hosts France, three-time champions New Zealand, Italy, and Uruguay in a tough Pool A next year.

The South African had cautioned against Kenya’s physical nature and “fantastic” scrum-half ahead of the Rugby Africa Cup final, but his side ran out convincing winners at the Stade Maurice David.

Kenya almost gave their supporters something for cheer, having trailed 15-0 at the break, in the second half only for Collins Injera, a star for Kenya’s sevens side in the past, to just stray into touch centimetres from the line.

Two tries in the last two minutes of the match, through Wian Conradie and captain Johan Deysel, gave gloss to Namibia’s dominant display against a resolute Kenyan side.

The Welwitschias, who encountered fiercer resistance when beating Zimbabwe 34-19 in their semi-final on Wednesday, have never managed to get out of a World Cup pool phase.

Kenya, who have not beaten Namibia since 2014, now progress to a four-nation intercontinental knock-out in November for the final qualifying place at the World Cup.