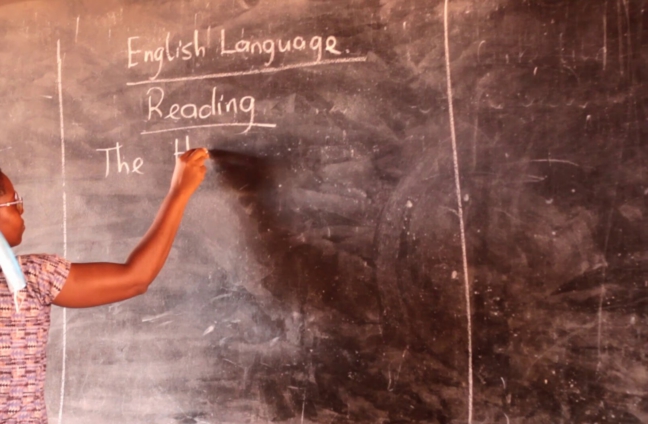 School Authorities have been compelled to rely on National Service Personnel (NSP) in the absence of the striking teachers.

Four teacher unions are currently on strike over their demand for the 20 percent Cost of Living Allowance (COLA).

According to the spokesperson for the Ministry of Education, Kwasi Kwarteng, the use of NSP is part of a contingency plan rolled out to mitigate the effect of the strike.

“The contingency plan, I am aware that National Service Personnel are at post and they are helping together with the directors of education, both at the regional and the district levels with some school Management,” he said.

He stated that the Ministry is working to resolve the issue for the teachers to resume their posts.

“We hope that as soon as possible, we are able to address the concern that has been raised by our teacher unions so that we get things back to normal. But we are saying that in the interim, we appreciate and we continue to appreciate that they try to at least soften their stance, have a considerate position ahead of any future engagement that we will have,” he pleaded.

Four teacher unions declared an indefinite nationwide strike – effective Monday, July 4 – over demands for the payment of the Cost of Living Allowance (COLA).

In the meantime, a meeting between the Employment Ministry and the striking teacher unions on Wednesday ended inconclusively with the teachers refusing to call off their strike.

The meeting was attended by representatives from the Ministry of Finance, the CEO of Fair Wages and Salaries Commission, Benjamin Arthur; Director-General of Ghana Education Service, Prof Kwasi Opoku-Amankwa; Minister of Education, Dr. Yaw Osei Adutwum and Minister of Employment and Labour Relations, Ignatius Baffour-Awuah.

A member of the leadership of the Ghana National Association of Teachers (GNAT), Isaac Baah who was present at the meeting told JoyNews in an interview that the “government came empty-handed and so we ended the meeting”.

According to him, the crunch meeting held on Wednesday, which was expected to resolve the impasse, did not last long.

He said the representatives at the meeting told them “they did not have the mandate” to grant the 20% Cost of Living Allowance (COLA) the teacher unions have demanded.

Mr. Baah explained that the government officials who attended the meeting requested the teacher unions to call off the strike before negotiations could commence.

He however reiterated that teachers will not resume work until the government meets their 20 percent COLA demand.

But Public Relations Officer of the Education Ministry, Kwasi Kwarteng said government will continue to engage the teachers on their demands.

“We will continue to engage them officially and unofficially, both formally and informally. I can obviously speak to today’s [Wednesday] meeting, the outcome of the meeting and I am sure that based on today’s meeting, the government’s side obviously will meet again just like the teacher unions they have appealed to,” he told Emefa Apawu on Newsnight, Wednesday.