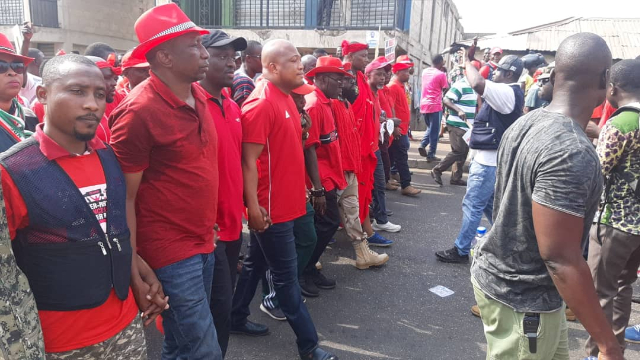 The Inter-Party Resistance against the New Voter Register (IPRAN) has resumed the series of demonstrations against the Electoral Commission’s (EC) decision to compile a new voter’s register.

Addressing the press on Wednesday, Founder of All People’s Congress (APC), Hassan Ayariga, said their decision to resume the protestations is necessitated by the EC’s resolve to go ahead with the contentious exercise, even before the scheduled meeting between the Eminent Advisory Committee and the political parties scheduled for Thursday, January 30, 2020.

“The EC is taking the anger and the will of the people for granted by spiting the good conscience of the Resistance in the invitation of political parties to a meeting with the Committee of Eminent Advisors for further deliberations on the said matter and yet going ahead to announce a date for the commencement of same,” he stated.

He added: “We subsequently announce our inability to oblige with the earlier announcement of the momentary suspension of our public manifestations and declared resumption the series of mass actions earlier outlined.”

The group, which is mainly made up of opposition parties like the National Democratic Congress (NDC), People’s Congress (APC) and People’s National Convention (PNC) initially called-off demonstrations against the Commission after the coalition ended a protest march in Kumasi.

The National Chairman of NDC, Samuel Ofosu-Ampofo, said the temporary halt was to give EC enough time to complete its consultations on its decision.

However, the declaration of April 18 by the EC as the commencement of compilation, has caused the coalition to resume their demonstrations.

“We are by this Press Conference announcing our ‘YÔ‘npini March to the EC’ on Tuesday 4th, February 2020 in Accra,” Mr Ayariga stressed.

He then promised that IPRAN will actively participate in Thursday’s IPAC meeting with the Eminent Advisory Committee and then CSOs with an open mind.

He further demanded the media is allowed to provide live coverage the proceedings, “in order to curb any doubt.”

DISCLAIMER: The Views, Comments, Opinions, Contributions and Statements made by Readers and Contributors on this platform do not necessarily represent the views or policy of Multimedia Group Limited.
Tags:
Demonstration
NDC
Voters' register