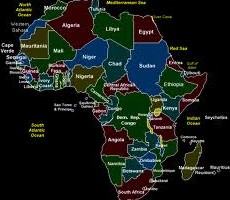 A South African newspaper has apologised after tweeting an inaccurate report that former President Nelson Mandela had been hospitalised.

The Times had sourced the story from another account which appears to belong to a Johannesburg-based radio DJ. The paper has 30,000 Twitter followers.

The news was later denied by the Presidency.

Experts say the affair highlights the dangers of journalists tweeting about unsubstantiated stories.

Mr Mandela was elected South Africa’s first black president in 1994. He stepped down five years later. He was treated for a respiratory infection earlier this year.

The Times’s original tweet said: “Former president Nelson Mandela is in hospital, according to reports. Watch this space for more information.”

The news was rapidly retweeted by other members of the social network. However one wrote: “Wow @TimesLIVE how can you tweet that Mandela snippet when the info is NOT verified?? Irresponsible!!”

The newspaper replied: “A reporter has received a call and we are in the process of confirming.”

Shortly after it added: “Mandela is not in hospital. We apologise for following up an incorrect lead.”

It went on to tweet that the former President was “fine and resting in Qunu”.

After the BBC called the Times’ offices, the newspaper deleted the original tweet.

The paper apparently picked up on the story from another account, which it believed belonged to Kaya FM breakfast show host Bob Mabena.

@bob959 had tweeted, “Breaking news – Nelson Mandela is in hospital” earlier that morning.

The message referred to an end-of-year review shown on the channel Eyewitness News which contained footage of Mr Mandela being taken to hospital in January.

Mr Mabena could not be reached to confirm that he had sent the messages. Kaya FM’s news team said it had been unable to contact Mr Mabena following the report.

“The presidency has received calls from the media enquiring about Madiba’s health,” it said. In South Africa, Mr Mandela is often referred to by his clan’s name, Madiba.

“It appears that an end of year review done by a media house may have unfortunately triggered a rumour of ill-health.”

This is not the first untrue story about the former president’s health to spread through the internet.

In January one user tweeted “RIP Nelson Mandela” which was forwarded by others, causing the phrase to trend worldwide. A second set of rumours was denied in September.

Over recent weeks the singers Lady Gaga, Lil Wayne and Jon Bon Jovi have all suffered similar hoaxes. Mr Bon Jovi even posted a picture to prove he was still alive.

News organisations have also become embroiled in hoaxes. A tweet from Fox’s foxnewspolitics account claimed President Obama had been assassinated on 4 July. The organisation said the account had been hacked.

Last year CNN was forced to deny that Morgan Freeman was dead after a Twitter member created a fake retweet that went viral which had said: “RT @CNN: Breaking News: actor Morgan has passed away in his Burbank home.”

However, there have been several cases where journalists have been criticised for giving unverified reports credibility by tweeting them themselves.

In November a series of tweets appeared claiming that “Tiger” Tim Stevens, a DJ at the Glasgow-based station Radio Clyde had died. The messages were spread by journalists and friends who believed them to be true. Several stated that the story had not been confirmed.

The event led to a debate in the local media about whether members of the media industry should be more careful about passing on unchecked stories.

“Twitter reminds us of the difference between professional journalism and the thing that people call citizen journalism,” said Tim Luckhurst, professor of journalism at the university of Kent and the former editor of the Scotsman newspaper.

“A professional journalist is a reporter who checks facts accurately and reports only what he or she knows to be true.

“Journalists have been tempted to use social media to break stories quickly, but journalists should always remember that accuracy is at least as important, if not more important, than speed.