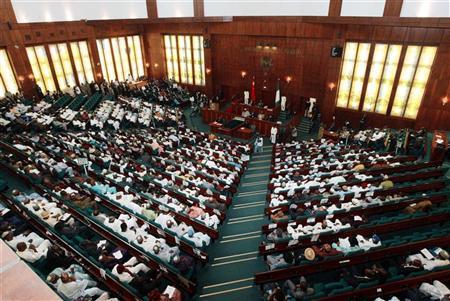 Parliamentarians in Nigeria have called for the military bosses to resign

Parliamentarians in Nigeria have called for the military bosses to resign following persistent killings by armed gangs and Islamist militants in the north of the country.

A resolution adopted by Nigeria’s senate has called for the chief of defence staff, as well as air force, army and naval chiefs to resign.

Responding to the resolution, President Muhammadu Buhari insisted that the appointment of military chiefs is a presidential prerogative and added that, in his capacity as Commander-in-Chief of the Armed Forces, he will do what is in the best interest of the country.

In the past, similar calls for the sacking of the country’s security chief have not been heeded by the president.

Reports say more than 350 Nigerian soldiers will formally leave the army due to a loss of confidence in leadership and low morale.

In the past the Nigerian military has suspended approvals for voluntary retirement requests from soldiers, with some accused of cowardice and sabotage when criticising military leadership.

Nigeria has been engaged in an ongoing conflict against the Islamist militant group Boko Haram for more than a decade.

The campaign of terror has left more than 30,000 people dead and displaced more than two million people.