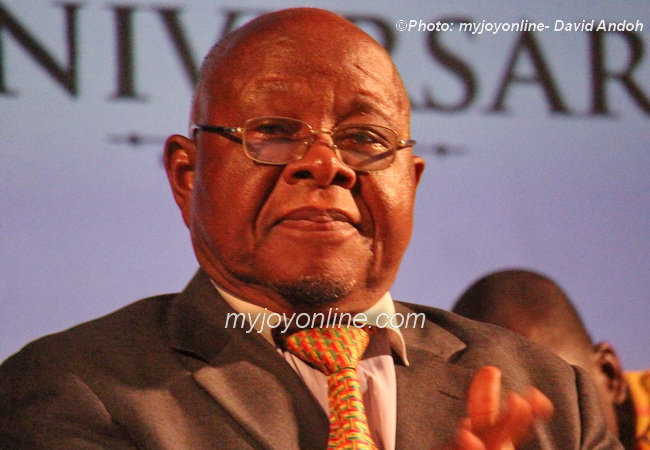 Parliamentarians are urging the Speaker of Parliament to institute an independent probe into allegations that National Lottery Authority (NLA) gave Parliament’s Finance Committee GHC100,000 to push the New Lottery Bill.

They say this is the only way the Prof Mike Ocquaye led Parliament  can convince Ghanaians whether or not something untoward happened.

Whilst an intercepted email from National Lottery Authority says the amount was meant to push MPs to pass the NLA bill, some members of the committee have insisted it was a deserved allowance.

Head of Public Affairs in Parliament Kate Addo said on the Super Morning Show today it will be difficult for  the matter to be investigated.

Commenting on the issue, the Director of Public Affairs, Kate Addo, explained that members of the committee who received the cash were part of the 6th parliament which ceased to function immediately the 7th parliament came into being on January 7, 2017.

“The present Parliament is an entirely new parliament and can’t go back to the old parliament because their activities are not binding on the subsequent ones,” she stated.

Many of the MPs who took the money are, however, still in the new Parliament.

Kate Addo said Parliament cannot sanction the MPs but since the actors are still around with some still in parliament, they “can be asked to provide further and better particulars.”

She said it needs to be looked into so a lasting solution is sought for such issues.

But some parliamentarians disagree with her view. The Ranking Member on Parliament's Constitution and Legal Affairs Committee, Inusah Fuseini, said the only way for the house to clear its name is an independent probe.

He said he was so disturbed when he heard the news that he contacted the Finance Committee Chairman, because MPs are paid to pass laws so taking financial inducement is unfair to Ghanaians.

The Tamale Central MP said he is still waiting for explanations from the Chairman on the circumstances under which the NLA gave the money and the motive for doing so.

"I want to know where the consideration of the bill took place, was it in parliament or outside parliament? And was the money for securing a venue considering the circumstance? Or was it to fuel MP to move about?”

“What we need to do as parliament is to set up an independent body, an Adhoc committee to look into the matter and advice…if the Speaker is minded to look into it, the best way is to constitute an outside body,” he said.

The former CHRAJ Boss Justice Emile Short also supports the call for investigation, at least by an outside body. Speaking on the Super Morning Show Thursday, Justice Short said it is inconsequential when it happened since Parliament’s image is at stake.

“There should be a thorough investigation by an independent body to look at the circumstance under which the payment was made and for what reason it was made.

“If payment vouchers were signed, for example, we need to know what was indicated on it. Also, there is the need to establish whether the funds were paid directly from NLA resources to Parliament,” Justice Short questioned.