NPP is lucky to have won a seat in Upper East - Regional Chairman - MyJoyOnline.com 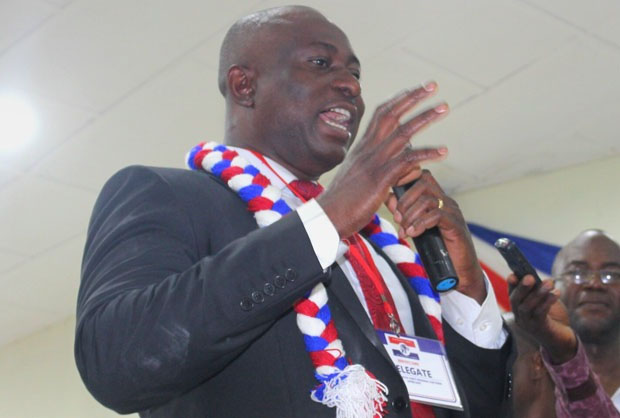 The Upper East Regional Chairman for the New Patriotic Party (NPP), Anthony Namoo says that the party should feel lucky to have won a parliamentary seat in the region in the just-ended election.

According to him, the results of this year’s election was shocking as compared to elections of previous years.

“This year’s election was shocking to everyone; even I will say that the region was lucky to have won one parliamentary seat which was the Binduri constituency, unlike Upper West Region where none was won.

“So if one looks at the development of this year’s elections, one will say that it surprises everyone and not only the Upper East Region,’ he said.

The Regional Chairman stated that he and his entire family had worked with various constituencies to ensure that the party comes to power.

“I and my entire executives have worked to the expectation of the party and every electorate in the region knows that.

“So, it will be surprising if such comments are coming from those individuals,” he stated in an interview, Bolgatanga.

He added that “numerous plans and campaigns were executed to the extent that made the party achieve what it has never achieved.

“We made a mark and I must set it on record that at my own constituency, I made efforts to the extent that I supported and sponsored all executives at the Nabdam constituency with my own money for the campaign.”

This comes as the two main political parties await the outcome of the elections in Techiman South constituency, which was withheld due to electoral violence.