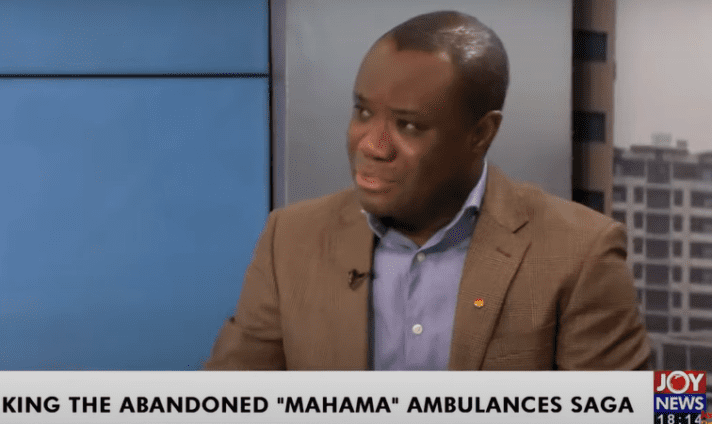 In a Facebook post, he described the motion led by Majority Chief Whip, Frank Annoh-Dompreh, as “complete and utter nonsense.”

According to him, the decision to find the cause of death aside from being an initiative to waste time is a ploy to divert the attention of Ghanaians from pressing matters in the country.

On Thursday, four Majority MPs filed a Private Member’s motion calling for a bi-partisan investigation into the death of the former President John Evans Atta-Mills.

The group wants Parliament to constitute a committee “to unravel the unending mystery surrounding the death of late President Mills which sad event occurred on July 24, 2012.”

On July 24, 2012, the former statesman passed away returning from a medical check up from United States. It was reported that Atta Mills was battling throat cancer, however, the cause of death was never established.

Speaking in an interview on Asempa FM’s Ekosiisen on Thursday, he said the Majority should rather focus on addressing issues bothering the country such as the UTAG strike and the demands by the aggrieved National Builders Corps (NABCo).

“It’s bad news. Why are they trying to cry more than the bereaved? You care more about Prof Mills than JB Danquah-Adu who was murdered in his house. Have you investigated that? Annoh-Dompreh is someone I used to respect a lot, he shouldn’t make me change my perception about him.”

“Why is it that every year they want to remember Nana Yaw [late President Evans Atta Mills]? People are suffering in this country, workers are going on strike, UTAG is on strike, all kinds of problems. Is this what Annoh-Dompreh could think of? Every year they are using Prof. Mills’ death for politics,” he stated.

My comment has awoken the conscience of NPP folks, who are here to counter my position with procedure. We know Asiedu and Bosso are facing trial over the murder of JB Danquah but my point is, NPP MPs haven’t shown concern over this case, yet they want a probe into Mills death. 😂

Also, some social media users have asked the Majority to rather investigate the death of J.B. Danquah-Adu, the former Member of Parliament for Abuakwa North.

Mr J.B. Danquah-Adu was stabbed to death on February 9, 2016, at his Shiashie residence in Accra, yet the culprit has not been brought to book.

DISCLAIMER: The Views, Comments, Opinions, Contributions and Statements made by Readers and Contributors on this platform do not necessarily represent the views or policy of Multimedia Group Limited.
Tags:
Felix Kwakye Ofosu
Frank Annoh-Dompreh
John Evans Atta Mills