A senior roads engineer and a member of the Ghana Institute of Engineers, Daniel Kwadwo Afrifa, has successfully filed his nomination form to contest the upcoming parliamentary primary on the ticket of ruling New Patriotic Party (NPP) in the New Abirem Constituency in the Eastern region.

The new but experienced entrant is bent on unseating the incumbent Member of Parliament (MP) for the area and bring to bear new and innovative ideas for the rapid development of the constituency.

Some constituency executives, polling station executives, sympathisers and party faithful with a brass band thronged the party office with him to submit his nomination form. 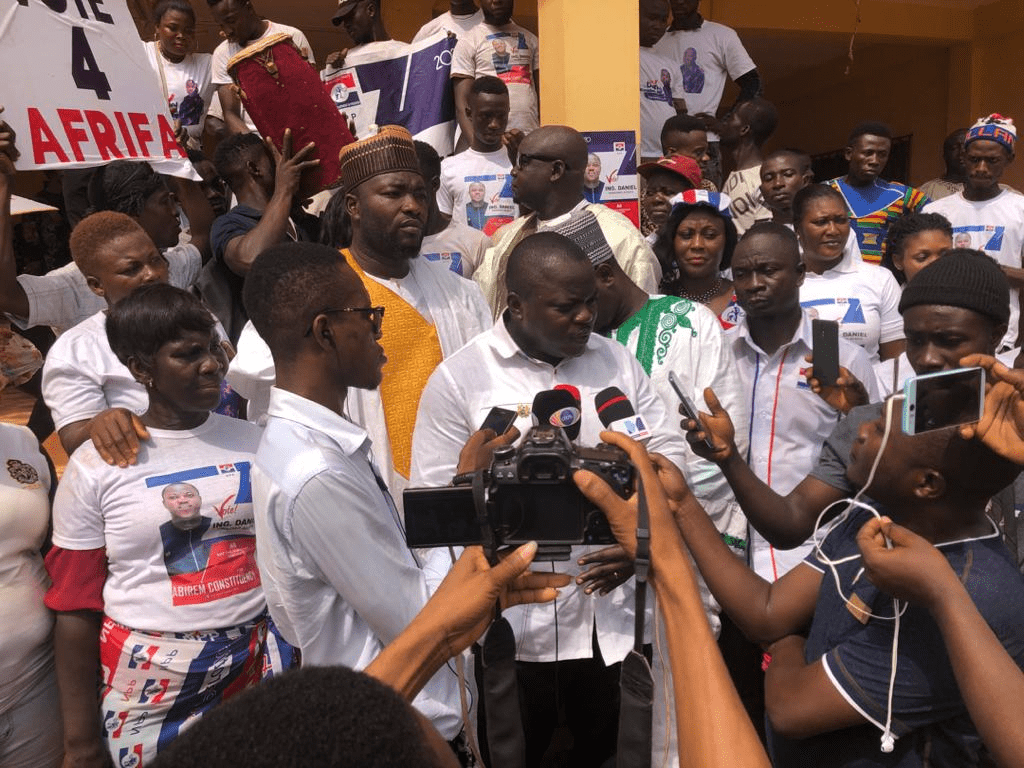 The party received the form and called on all the aspirants to be decent in their campaigns.

Barima Baffour Banor, the Constituency Chairman of the NPP in the New Abirem Constituency, thanked the candidate and his team for donating 260 bags of cement to support the construction of constituency offices.

After inspecting the forms, the chairman congratulated him on going through the process without hitches and comporting himself very well as a true party man.

He advised all the candidates to see the upcoming primary as a family contest.

Some followers of Engineer Afrifa, who spoke to newsmen, said they had been with the candidate and can attest that he has the capacity to help the youth.

The MP-aspirant said it was a new dawn for the people of New Abirem and in fact every member of the constituency.

He said he has plans to establish community farms to help the youth earn a living.

He appealed to his supporters and delegates to crown their call on him to contest with a resounding victory come April.

In all, some 475 delegates are expected to cast their votes to elect one of three aspirants who are seeking to lead the predominantly farming community with a youthful population.

Homeland Return Bill to be operational ...

Take time off your schedules for ...