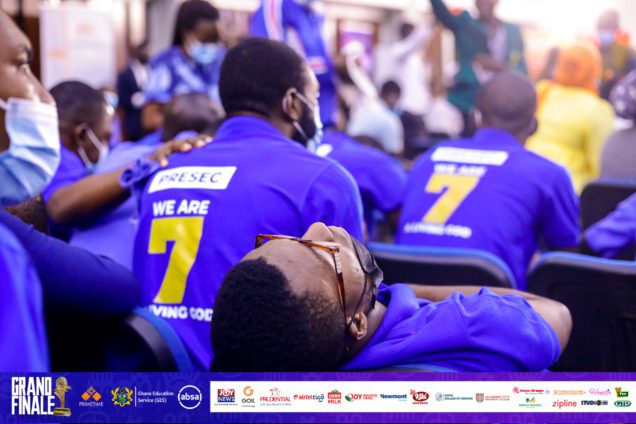 According to the Global President of the Ɔdadeɛ Alumni and Mentorship Centre, Dr Ernest Ofori Sarpong, the alumni want an investigation into incidents that led to Presec-Legon being “given a raw deal”.

Reacting to their petition yet to be presented to organisers of NSMQ, Primetime Limited, users on social media say the school’s decision stems from the inability to accept defeat.

Others suggest that the six-time champions who yearned for a seventh trophy received marks they did not deserve due to the discretion of quiz mistress, Prof. Elsie Kaufmann; hence they should not make such claims.

With a four-point difference, Prempeh College emerged victoriously. However, the contest held on November 26, encountered some challenges during the ‘Problem of the Day’ in Round 3.

The equipment used by Prempeh College, for some reason, failed to function at some point in time.

This resulted in the Amanfoo Boys receiving 15 seconds to complete their solution. As a result, they garnered 10 points, leaving contenders with 7 points each.

Ah wait oo, Na Presec no, dem beat Prempeh for final before? Why dem dey behave like they should have won it?

Presec and Ronaldo are the same, emotional mfs 😂😂😂

E be the sense of entitlement Wey dey bore me. You be PRESEC so no school can beat you? Gyimie saa 🍼

Presec thinks the quiz is their birth right! Prempeh was the deserving school and they won! What do they mean by raw deal!

However, some social media users say the Ɔdadeɛ Alumni and Mentorship Centre is right to decide to call for a probe. They insist Presec-Legon should have been crowned winners.

Did you watch the contest with your stomach???
Ketasco was belled out and Presec rang for the bonus. Otumfour was the one who said a=-1 & b=-1 (when the microphone was off) but it couldn’t be given because it was a bonus. Ketasco didn’t answer. Go back and watch it again. https://t.co/uHfSoYXLpn

A lot of Ghanaians are hypocrite and it’s real…
They robbed the school to satisfy their host and win agenda but u don’t want them to fight for it.
They did same to them in 2013 and said it’s fine cos Presec has won a lot.
But u all cry for justice when it’s against you smh https://t.co/FwqxF4b7h2