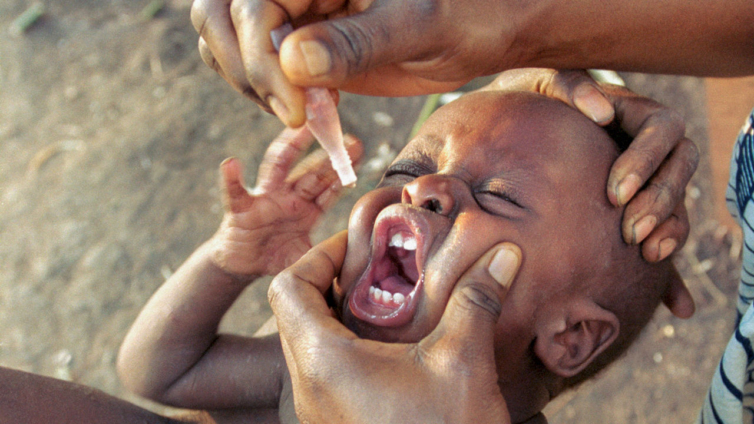 The Rotary Club of Obuasi has collaborated with the Ghana Health Service to immunise children under five in communities in the Obuasi area against Polio.

Target beneficiary children will be drawn from the Obuasi Municipal, Obuasi East and the Akrofuom Districts.

Ghana has begun a nationwide immunisation campaign from September 1 to 4 then continues from October 6 to 9 as round one and two vaccinations respectively.

The Obuasi immunization exercise is therefore aimed at contributing to the national campaign to stop the transmission of Type 2 Polio virus.

At a programme to commence the exercise, Foundation Chair of Rotary Club of Obuasi, Rotarian Maurice Jonas Woode underscored the importance of the exercise to Rotary.

“…the Club has over the years supported the Polio immunisation campaign with the sole aim of contributing to eliminating the disease from the country. Over the years, Rotary has been working to help eradicate polio for more than 35 years.”

Akrofuom District Health Director, John Baffoe Yeboah reiterated the need for children to be vaccinated against the disease.

He is worried that a good number of people who are crippled were as a result of the Polio disease.

“Since 1996 when we embarked on an aggressive campaign to eliminate polio in Ghana, the disease became a thing of the past but I believe there is the need to rekindle everything to eliminate it totally from the system.”

Rotary is a founding partner of the Global Polio Eradication Initiative.

Rotary members have contributed more than $2.1 billion and countless volunteer hours to protect nearly three (3) billion children in 122 countries from this paralyzing disease.

Rotary’s advocacy efforts have played a role in decisions by governments to contribute more than $10 billion to the effort.

In its efforts to increase impact, Rotarians in Obuasi are partnering with Obuasi Municipal, Obuasi East and Akrofuom district health directorates to immunize as many children as possible in the three (3) districts of the Ashanti Region.

“We at Rotary have been involved in Polio immunization campaigns over the years due to our commitment to improving the living conditions of our people.  This year, while we are contributing to immunizing the children, we are also focused on educating the parents to take good care of their children and to also make their children available for this exercise”.

Former President of the Obuasi Rotary Club, Abdul Mumin said the Club’s involvement in the exercise forms part of its commitment to the health needs of the people.

“As you may be aware Rotary Club of Obuasi has been part of similar health campaigns including Maternal and child health issues, disease prevention and treatment. This is one of such programmes we do in the health sector”.

DISCLAIMER: The Views, Comments, Opinions, Contributions and Statements made by Readers and Contributors on this platform do not necessarily represent the views or policy of Multimedia Group Limited.
Tags:
Ghana Health Service (GHS)
Polio
Rotary Club of Obuasi
under-five immunization