Okada Malaise – Treat it now or leave it to fester 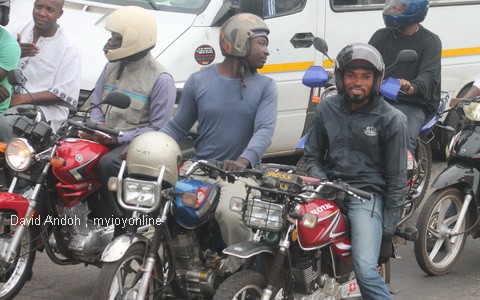 Sometimes I sit in endless traffic and mesmerize, helplessly watching the chaos commercial motorcycles, popularly known as Okada, are creating on our roads and conclude that posterity would lambast our generation for allowing such retrogression in a 21-century country.

Many may disagree on the reasons why commercial motorcycles should or should not be banned irrespective of the lives being lost with their recklessness on the road. We must, as a country come to some consensus or solutions if the extreme argument is that Okada provides jobs plus in the rural areas, they serve as a good source of transportation in view of serious public transportation challenges. Therefore, for these reasons Okada must be left untouched, as illegal as our laws stipulate.

Even though Section 128 of our Road Traffic Regulation, 2012 (LI 2180) prohibits the use of motorcycles for commercial purposes; it has however become an integral part of our public transportation system both in rural and urban areas. They are seen as swifter means of getting through traffic congestion.

Statistics available point to a danger we are gradually nurturing. Okada is dangerous to pedestrian lives, to vehicle owners as well as their passengers and the riders. According to the Ghana Road Safety Commission’s own statistics, in 2016, 2,289 motorcycles were involved in road crashes nationwide.

While Accra recorded the highest number of the crashes, Tema had 232 accidents followed by the Eastern Region with 198; Brong Ahafo had 184, Volta Region 181, Ashanti 172, Upper East 165, and Upper West 122 with the Western Region recording 121 accidents.

Out of these crashes, the Commission recorded one hundred percent rise in the number of deaths which occurred in seven years, across the country. The number of riders who reportedly died in road accidents increased from 200 cases in 2010 to 400 in 2017.

Situating the seriousness of road traffic crashes and casualties within the national context, available statistics show that within the road user’s class, the highest score of fatalities continues to be pedestrians with 39.5% followed by motorcycle users at 21%. These figures, therefore, show that motorcycle users have so far been at greater risk of death in traffic, the second highest road traffic fatalities after pedestrians.

In the same vein, it is believed that the use of motorcycles for crime keeps rising precipitously. Fresh in one’s mind is the cold blood killing of Ahmed Hussein-Suale, the undercover investigative journalist and a key member of the Tiger Eye Private Investigations team who was shot dead a few metres from his home in January this year by unidentified men who escaped on a motorbike.

There have been countless media reports of armed men on motorbikes attacking buses full of passengers on highways and robbing them of their valuables. There have also been reports of mobile money vendors, forex bureaus, banks and shops attacked by persons using motorbikes. Bags and mobile phone snatching in traffic are carried out by persons riding motorbikes. They have followed unsuspecting persons to their homes and robbed them at gunpoint. What more evidence do we need before Okada would be banned?

No wonder, in March this year, in the light of all the criminal acts involving motorbikes, the Deputy Minister of Transport, Nii Titus Glover, made a strong case for the banning of the use of motorcycles across the country from 9 pm to 6 am as part of measures to crack down on crime.

According to a Daily Graphic report of March 27, 2019, the Deputy Minister who is also a Member of Parliament said the curfew hours would be necessary at a time when a number of crimes were committed by criminals on motorbikes during those hours.

Admittedly, motorbikes have helped to provide employment to a number of young people and a source of wealth creation, not to mention its ready getaway means of transportation. However, with the statistics on crime and fatalities, coupled with the indiscipline they are causing, how long can we continue to argue for an unlawful act and superintend over it?

For as long as Section 128 of the country’s Road Traffic Regulation 2012 makes the ownership and patronage of motorcycles or tricycles for commercial purposes illegal and therefore subject to convictions and fines, Okada would remain an illegality. Unless we stoke the debate and take a second look at the law, Okada would remain a thorn in our flesh.  Do we kill it completely or pray that it would get better and therefore tighten its regulation better?  What is your say as a citizen?