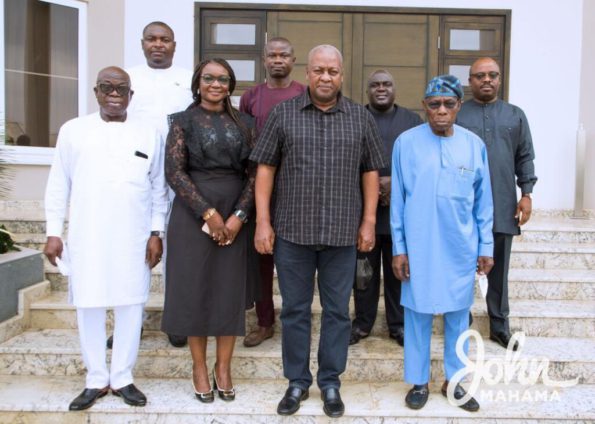 Mr Obasanjo commiserated with the former statesman over the death of his brother, Emmanuel Adam Mahama.

He offered special prayers for the Mahama family during his interaction.

Before his visit, Mr Mahama expressed gratitude to the general public for the support he received following the death of his brother.

In a Facebook post, he extended appreciation to the National Democratic Congress (NDC) leadership, the Chief of Staff, Frema Osei-Opare and the Chief of Air Staff.

The former statesman also thanked the Airforce for supporting the burial ceremony by airlifting the remains of his deceased brother.

Mr Emmanuel Adam Mahama was laid to rest in Bole in the Savannah Region on Sunday, January 2.

He died on December 31, last year, after a short period of illness.

The burial rite was graced by Chiefs, elders, family and the people of Bole and some neighbours in nearby communities.

Meanwhile, the final funeral rites will be held on Sunday, January 30, at Bole in the Savanna Region.