Opinion: A charge to keep we have, why more of us should answer the call to serve 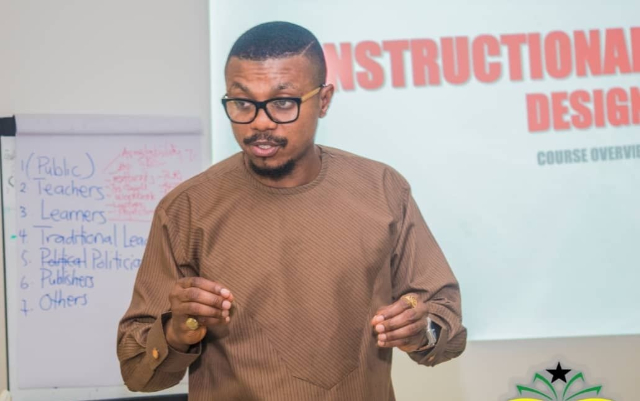 It is easy, when one surveys the social media landscape, which has come to take up the place of the proverbial public square, to sense the frustration that many feel about the state of our country, especially the manner in which public services are delivered.

It is easier still to understand the source of this ennui. Some sixty odd years after that heady night when our first president declared boldly that we were perfectly capable of managing our own affairs, his optimism can sometimes feel a bit misplaced in the face of the reality that confronts us.

Unlike some of our peers at birth, notably Singapore and South Korea, we have not managed to create wealthy and prosperous societies that invite others to come here en masse to seek their fortune or at the very least, an example to emulate. Periods of prosperity and progress are soon replaced by mismanagement and retrogression. We appear to struggle to adequately feed, educate, and care for our citizens.

Every now and then, we are treated to harrowing stories of our compatriots succumbing to ailments that should otherwise have been easily dealt with. On a very basic level, we can’t keep our streetlights on or evacuate filth from our communities. And that’s before we come to the heartbreak that our national sporting teams continually visit on us. All of which can be endlessly despairing if you want the best for your nation, as many of us patently do. More so when the twin wonders of travel and technology mean that it is very easy to see the luscious grass on our neighbours’ lawns.

Why can we not have what they have, especially as in several cases, we had more than them to begin with? For many, the answer has been to leave and make a home where things seem easier. But in the world in which we live now, that is not as safe an option as it would seem. The rise of far-right nationalism in the west means that migrants are at greater risk than they were even a decade ago. For others, the solution is to focus on personal enrichment in order to be insulated against the ills we see around.

With the right amount of money, we can educate our children privately, seek healthcare abroad and procure cross-country vehicles to guard against the bad roads on our daily commute. But the widening inequality that this attitude portends makes for a potent catalyst for social strife that can engulf us all. There are no walls high enough to keep out criminals created by widespread poverty and employment and there are no planes fast enough to get you to London or South Africa when you have a medical emergency and there are no beds at the nation’s premier hospital.

Never then, has there been a better time to brighten our own corner. When we agonize over the many challenges that this country has, the inevitable conclusion that we come to is that it has everything to do with leadership and the quality of that we have available to us. Even when we are making progress, as we sometimes do, many of us believe we could have gone further and faster, too.

We believe that there is a better way, a simpler way and a cheaper way to deliver on the many needs that our people have and we are on the wrong path because of the people in charge, whether by our choice or by administrative or bureaucratic arrangement are poorly fit for the task.

Whether or not this conviction is justified, it is founded on an abdication of our own responsibility to our nation and its future. Leaders, at whatever level they are, are not brought from somewhere else to be foisted on us. They are us. And we can be them.  The evolution of public administration is based on the unspoken notion that it will be populated by a corp of capable and patriotic citizens; that it will have very talented, if not the most talented individuals making the decisions on which the lives of millions of people literally hinge.

After all, what matters more than the sensitive decisions that decide how the rest of us will live, work and die? Every citizen, even and especially those who profess not to care, are directly affected by the decisions and actions of those in public service. From what our children learn in school to the quality of food we have to the care we have when we are unwell – none of these is outside the reach of the decision-makers that we criticize daily. So the question is if we seriously believe that we can do better, why aren’t we?

Of course, there are challenges to answering such a call. It does not pay as well, at least if done honestly. It requires extraordinary quantities of man-hours and can mean days and weeks away from the family. Should you choose to go the route of elected office, it would mean the loss of privacy, the questioning of your motives and incessant character attacks. But perhaps that is the entire point. Public service is not meant to be easy. It does not only require talent but great personal sacrifice and self-motivation. It means that only those who really want to do it must get to do it. And if we truly want this country to be the country of our dreams, then we must be prepared to be among those people.

In Omenako in the Eastern Region, today sits a centre from which drones supply medical supplies to hospitals and patients to three contiguous regions, saving costs but most importantly lives. This will now be augmented by the fleet of three hundred and seven ambulances and procured and distributed by this government; a classic example of what leadership can bring. Along with the Free Senior High School Policy and countless other innovative policies, we see examples of a country that is rising up to its responsibilities. That momentum must not be allowed to wane. It took some to initiate it; it will take many others to maintain it.

It is this spirit of sacrifice and service that animated our nation’s founders. At great personal risk, they stood up for a fundamental belief, that a nation must be able to decide its own affairs and not be beholden to any other power. Whether it was Dr Kwame Nkrumah leaving the United Kingdom to come home just to fight for this single idea, Dr J B Danquah expending tremendous time and energy or George Grant committing his vast resources to that same enterprise, our nation’s course was profoundly altered by ordinary, mostly young people who saw in her something to fight for, an ideal to pursue and charge to keep.

They fought for an idea that demanded courage; the colonial power was not going to hand over power meekly. It meant time away from home, from family and from work. It meant time behind bars. And it meant great intrusion into their lives by not only the power they were up against but by the very people, they seek to lead. Had these gallant and enterprising gentlemen, backed by numerous other men and women across the country, been daunted by the sheer enormity of the challenge, our country’s history would have been written in a manner much different from what we have now. And that is why they are rightfully immortalized on our national currency and in countless monuments around the country.

More of us should do the same. The challenges we face today are very different from what we did when the Big Six led our fight, but they require the same spirit of sacrifice and service. We still need our brightest and our best to step up to the plate and fight for a better life for all of us. This country will be built by us and no one else. It is time we did more than lament the state of our country; it is time we got involved in building the country we want. Whether it is as an assembly member, PTA chairman or a cog in the administrative machine of state, it is time we all got involved. We are the future we have been waiting for.