NCCE: A trusted but maltreated partner?

Among other functions, it states that the NCCE shall formulate, implement and oversee programmes intended to inculcate in the citizens of Ghana the awareness of their civic responsibilities and an appreciation of their rights and obligations as free people.

The NCCE is also to assess for the information of the government, the limitations to the achievement of true democracy arising from the existing inequalities between the different strata of the population and make recommendations for addressing them.

Twenty-five years on, a random interview with some Ghanaians gives a view that might be a portrayal of the national picture.

Kwasi Fom, 34 years, a welder in Sampa in the Brong Ahafo Region, said he had knowledge of the existence of the NCCE but was not sure as to what its mandate was.

Joseph Baiden Gray, an unemployed graduate in the Central Region, said the NCCE was supposed to educate the populace on democracy and good governance but somehow, it seemed the Electoral Commission (EC) was more powerful because much premium was placed on the EC than the NCCE. 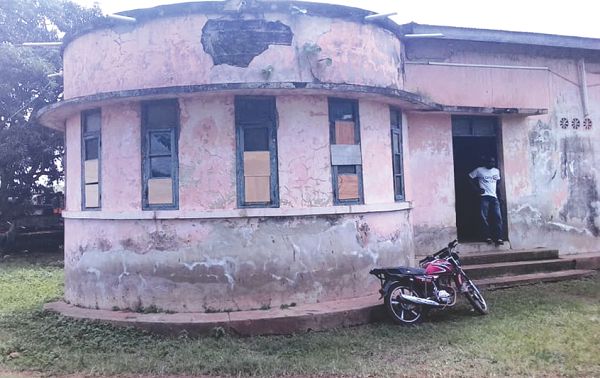 Photo: The Berekum Office of the commission located within the old Berekum Assembly block opposite the Ghana National Fire Service

Akua Amoah, a professional caterer in the Ashanti Region, said the “NCCE has always been a partner through all the years, whether it is an election year or not. The NCCE has been a dependable companion, like a true husband, all year round.”

A 12-year-old, Fritz Manu, in Tema, when asked to make a choice between the NCCE and the EC, said “I will choose the NCCE because they come to my school and educate us to know our duties and things we have to do for mother Ghana.”

No government in the democratic annals of Ghana in the Fourth Republic, can boast of bettering the lot of the NCCE, making it an enviable institution to front and champion democracy and ensure the enhancement of the rights and privileges of the ordinary person in the country.

While, successive governments have remained, for lack of a better expression, insensitive to one of the key institutions that should define the knowledge base of the ordinary person in the determination of their civic rights and responsibilities, the citizenry, to a larger extent, remain helpless and have had to, on regular occasions, depend on the media and other unprofessional avenues to make crucial decisions.

Today, the story of the NCCE, with regard to office accommodation and other logistics, notably vehicles, is pathetic at the national level, even worse at the regional level and it gets worst at the district level.

She said the NCCE had made representations to the Ministry of Works and Housing and the Ministry of Finance to find funds to build the commission’s own head office and that it was still working to find mechanisms to raise the requisite funds to build the commission’s head office believing that would go a long way in boosting the morale of its staff.

“The small amount of money we have is accounting for our goods and services, our programmes, inclusive of maintaining our vehicles, fueling them and so on but the resources are just not enough,” she said.

But even with the better status of its regional and district offices, she went on to say “we still have some of the district offices that do not have office accommodation and the space in which they work is heart-rending.” 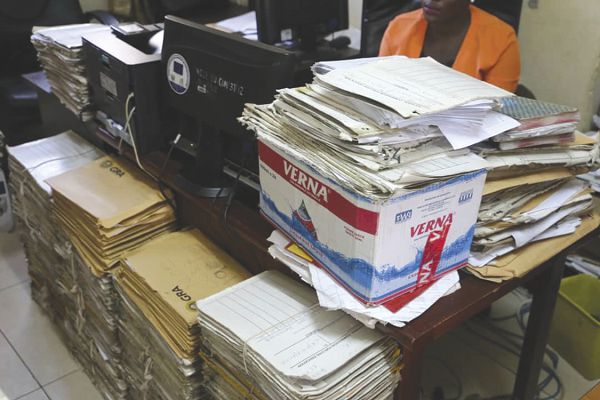 Photo: A typical situation in one of the offices at the headquarters of the NCCE in Accra 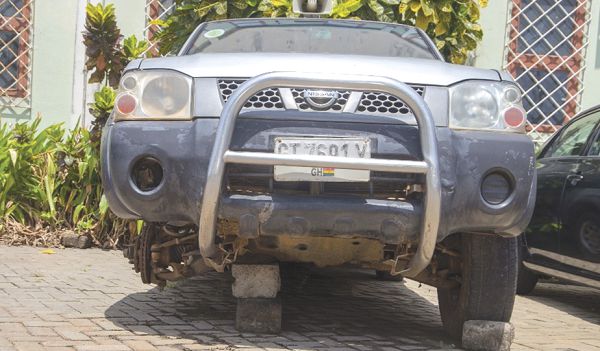 Photo: One of the broken down vehicles of the commission

Mobility is one aspect of the job description of the NCCE made evident by the fact that they have to traverse the entirety of their respective catchment areas from the district to the regional and ultimately to the national level.

But ironically, staff of the NCCE have had to battle with an age-long challenge of mobility as the fleet that the commission can boast of is to a greater extent, old, rickety and not road worthy.

A large number of that fleet have either been abandoned at the vehicular workshops or been left to rot because of lack of funds to undertake repair works.

The NCCE has 254 offices across the country. The current vehicular profile of the commission is 139.

Considering the nature of the commission’s work, every district must have, at least, three vehicles and every region too the same, but unfortunately, most of its vehicles are very old ranging from 7 to 15 years.

The last time the government allocated vehicles to the NCCE was in 2012. The engines of some of the vehicles are weak due to over-usage.

Ms Nkrumah’s narration was corroborated and even amplified by the testimony of a number of officials that the Daily Graphic spoke to in three regions of the country.

From the Volta Region, Mr Kenneth Kponor, the regional director said the region, with 26 offices, has 11 vehicles but only six out of that number were in good condition.

With regard to accommodation, he said the commission had been at the benevolence of the assemblies who had provided some form of office spaces for its staff except in the case of the Adaklu District where the NCCE would have to find a new location because the current office structure was due for demolition in order to put up a new structure.

“The condition of our offices is nothing to write home about,” he said, adding that staff had to squeeze into small office spaces.

The story of the Brong Ahafo Region, according to the deputy regional director, Mr Eric Adu, is that the regional office and the 27 districts have a total of 11 vehicles.

Out of the 11 vehicles, eight are currently on the road with most of those vehicles having been in use for an average of 14 years.

While some of the districts have been helped with accommodation by the assemblies, a good number live in rented premises.

The Ashanti Region’s narrative according to the regional director, Mr Wilson R. Arthur, was that staff of the commission have had to put up in single room offices and sometimes shared space with other entities, and that the commission had been supported by the various assemblies.

In all, the region has 12 vehicles for 36 operational districts, describing the situation as being “woefully inadequate.”

Sadly, Ms Nkrumah said the commission was heavily reliant on development partners, especially the European Union (EU), that has provided support over the last five or six years in ensuring that a good number of the commission’s activities took place.

Having said that, she added; “It is something that we must guard against because development partners are not obliged under any circumstances to provide those resources to us.”

But because of the very inadequate funding from the government, should it arise that any development partner terminated the grant that the commission enjoyed, then it would mean that the commission would face the challenge of not having an exit strategy; a very worrying situation.

“So, perhaps, if as a commission, we were inclined to undertake certain activities that did not fall within the basket of programmes for the development partners, then it means that largely, we would not benefit from the grants that they would have available,” she pointed out.

In the face of these trying circumstances, she remains optimistic that “we will continue to meet these challenges head on and find innovative and alternative means of building some resource that can go a long way to make our working conditions better.”