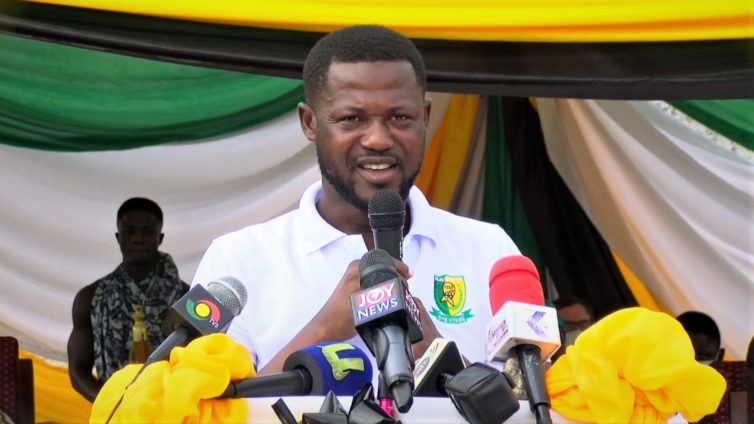 The CEO of Bibiani Gold Stars, Kwesi Aidoo has set moderate and realistic targets for his team ahead of their debut participation in the Ghana Premier League.

Gold Stars is the first team from the Western North Region to qualify to play in the Top Division of Ghana football.

The team has been beefed up by the Club’s management with the registration of some experienced players.

He said their target is to remain in the league at the end of the season.

“The vision of Gold Stars is big but we can’t say much here. However, the most important thing is that Gold Stars must sustain in the Ghana Premier League forever,” said Mr. Aidoo.

He believes the Club has the right support and courage to succeed.

“Going into the third, fourth and fifth seasons we must be planning to play an African match here at the Duns Park Bibiani, because there’s nothing impossible in the books of Gold Stars management,” he stated.

Gold Stars will play their first premier league match of the season at home against Berekum Chelsea on Sunday October 30 at the Duns Park.