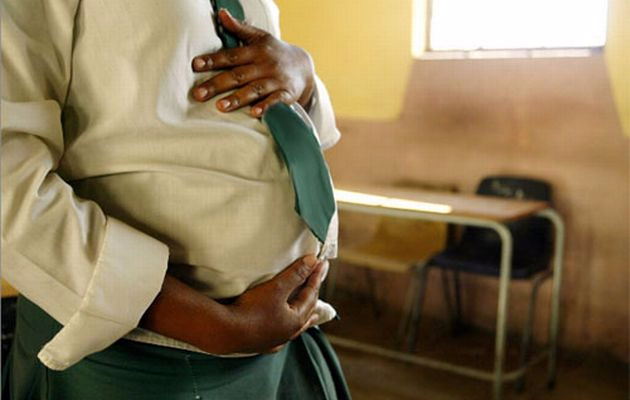 The National Youth Authority (NYA) in partnership with Plan International Ghana is calling for concerted efforts to sustain the fight against high teenage pregnancies and early marriages being recorded in communities around the Wa West District.

Reports by district health officials state that from 2012 to 2018, the area recorded a staggering 3,209 teenage pregnancy cases, with many more undocumented or unreported cases yet to be accounted for.

A total of 1,753 teenage pregnancy cases were also recorded in six sub-health districts between 2013 and 2016.

The victims often abandon schooling for trading, while those who defy the outmoded cultural practice of early marriage face community or parental neglect.

He said early and forced marriages, child betrothals and elopement of young girls is still the norm in the area and girls of school going ages are given out for paltry bride prices, despite efforts by anti-child rights campaigners to stop the practice.

Others also blamed the situation on infiltration and display of pornographic films in the local communities, as well as the absence of community by-laws to enforce discipline.

The Wa West District Health Service report states that the prevailing situation is very high in several communities in the district, which has stirred NYA and Plan International, under the “Youth participate and lead project” to mobilise support, aimed at stopping the practice.

He advised the youth to avoid any activities that have the tendency to affect their future endeavours, adding, “we believe that you are part of the solution to the challenges you are encountering.”

Addressing the youth-led advocacy meeting which was on the theme: The prevalence rate of teenage pregnancy in the Wa West District, its health and educational consequences and the way forward, Mr Wuurah said the youth in the district have identified teenage pregnancy as a social canker and were galvanizing forces to tackle the concern head-on.

He called for concerted efforts and inter-sectoral collaboration and coordination in the fight against the obstacle, which is truncating the education of the girl-child.

Mr Wuurah urged parents to be responsive to the needs of their female children and for the public to support the effort.

She urged local authorities including traditional rulers to introduce and enforce by-laws to reduce the incidence of teenage pregnancies and early marriages and prepare the girl-child their future.