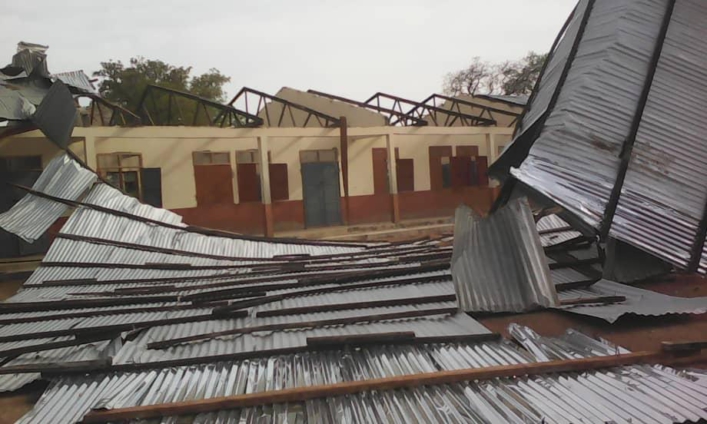 The Yuonuoriyir Junior High School (JHS) in the Jagluu Electoral Area of the Wa West District has had its roof ripped off after being hit by a storm, compelling teaching and learning to be conducted under trees for the past three weeks.

The situation is likely to disrupt effective academic activities if it was not attended to as soon as possible as the rains set in.

The Assembly Member of the area, Mr Moses Bapile said the problem is affecting academic activities as both the teachers and pupils are disrupted by activities around the school.

According to him, both the soft and hard copies of pictures of the ripped-off classrooms have been forwarded to the District Assembly and the MP but no step had been taken to fix the structure.

“If you go to Yuonuoriyir, currently the roof of the Junior High School Block has been taken off by rain. I forwarded all the necessary documents to the authorities to help us to re-roof and we are still waiting to see how far they can help,” Mr Bapile said.

“The last three weeks when it happened they were sitting outside, but because the primary is on holidays, they moved in and are using some the primary classrooms. When the primary is in session they have to go out and sit under the trees,” he said.

Concerning the Jagluu Basic School, Mr Bapile said the community had mobilised to provide a temporal structure for the JHS.

He said they were hoping that the Government, benevolent individuals and Non-governmental Organisation would go to their aid by providing befitting classrooms for the school.

“It’s the JHS that we have a problem with because if you see the classes that they are using, it is serious. It is the community that built something for them for temporal use,” Mr Bapile said.