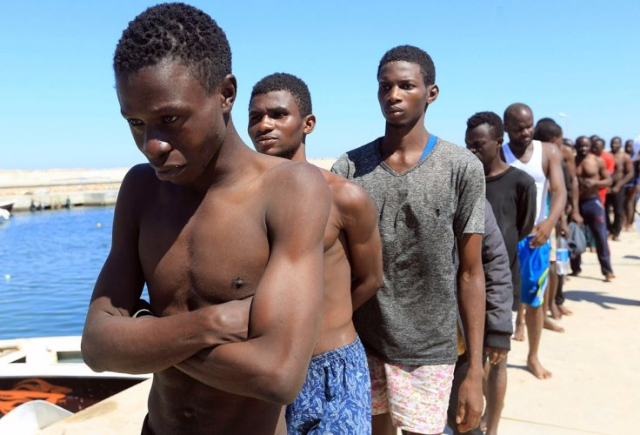 The Committee on Foreign Affairs in Parliament has urged the European Union (EU) member countries not to see Ghanaian migrants as criminals.

The Committee said the country’s migrants were economic migrants who wanted to secure decent work to raise funds to cater for their respective families back home.

The Vice-chairman of the committee, Kwaku Ampratwum Sarpong, and the Ranking Member on the committee, Samuel Okudzeto Ablakwa, made the call separately at a meeting with a 20-member delegation of the Africa Working Group of the European Union (EU) Council in Accra last Monday.

The EU delegation, led by the Head of the EU Delegation to Ghana, Ambassador Diana Acconcia, called on the committee to discuss ways of strengthening EU-Ghana relations.

Migration of Africans to Europe, some through dangerous means, has become a topical issue in Europe recently with some European political leaders declining to accept the migrants into their respective countries.

Mr Sarpong said Ghanaian migrants did not have any criminal intentions and indicated that their preoccupation was to seek greener pastures in Europe.

Adding his voice, Mr Ablakwa said the migrants were not dangerous people who could cause harm to their hosts. He said tagging the migrants would endanger the lives of the migrants, and called for a dialogue around the issue.

They also champion rule of law, human rights and deal with other global challenges such as migration, human trafficking and climate change.

Mr Sarpong lauded the EU for offering development assistance to Ghana over the years, especially the yearly budgetary support to the country.

The EU remains Ghana’s largest development partner and this partnership assistance has impacted positively on the lives of Ghanaians.

“Over the last two years alone, the EU has provided in excess of 400 million Euros in development assistance to Ghana in areas such as institutional development and accountability, capacity building, education and skills training, sustainable job creation, decentralisation and anti-corruption,” he said.

In her remarks, Ambassador Acconcia affirmed the commitment of the EU to the implementation of the International Organisation for Migration and the Cotonou Agreement.

She said the EU and Ghana were making progress in the area of migration as they were moving towards a shared agenda.

Ms Acconcia said there was the possibility of a transactional plan on migration, which would focus on job creation and border controls.

Contributing, a Permanent Representative of the Federal Republic of Germany to the EU, Mr Johannes Runoff, called for a collaborative effort to tackle the root causes of migration.

DISCLAIMER: The Views, Comments, Opinions, Contributions and Statements made by Readers and Contributors on this platform do not necessarily represent the views or policy of Multimedia Group Limited.
Tags:
European Union
Ghanaian migrants