The solutions included the immediate passage of the Tax Exemptions Bill, which seeks to lay out a clear criterion for giving tax holidays to businesses, to help streamline and address the shortfalls in revenue mobilisation.

Data from the Ministry of Finance indicate that in 2016 the country lost GH¢4 billion to tax exemptions.

At the Free Zones enclave alone, the practice cost the economy more than $2 billion annually, according to the International Monetary Fund (IMF).

Other suggestions were the decentralisation of the country’s tax system, simplifying the tax regime, enforcement of Value Added Tax (VAT) laws and roping the informal sector into the tax net to shore up domestic revenue mobilisation. 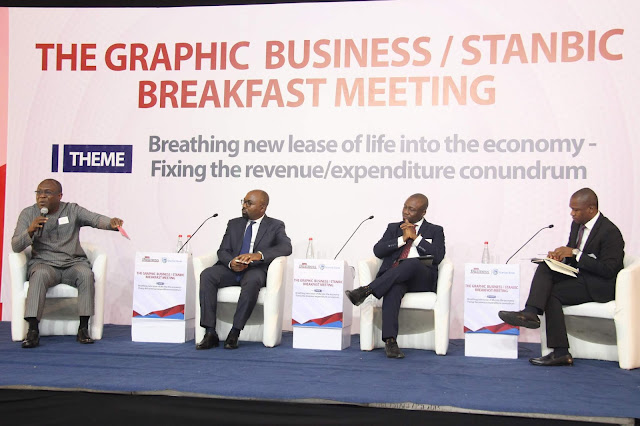 The forum, which was held on the theme: “Breathing new lease of life into the economy — fixing the revenue and expenditure conundrum”, brought together economists, bankers, tax experts, and business executives, including a former Finance Minister, Seth Tekper, former Chief Executive Officer (CEO) of the Ghana National Petroleum Corporation (GNPC), Alex Mould, and the Managing Director of Stanbic Bank, Alhassan Andani.

To help digest the topic and elicit the right responses to shape public policy, a three-member panel made various presentations that set the tone for deliberations at the forum.

They were a partner at PricewaterhouseCoopers (PwC), Abeku Gyan-Quansah; the Vice-President of Imani Africa, Kofi Bentil, and the Resident Representative of the IMF, Dr Albert Touna-Mama. 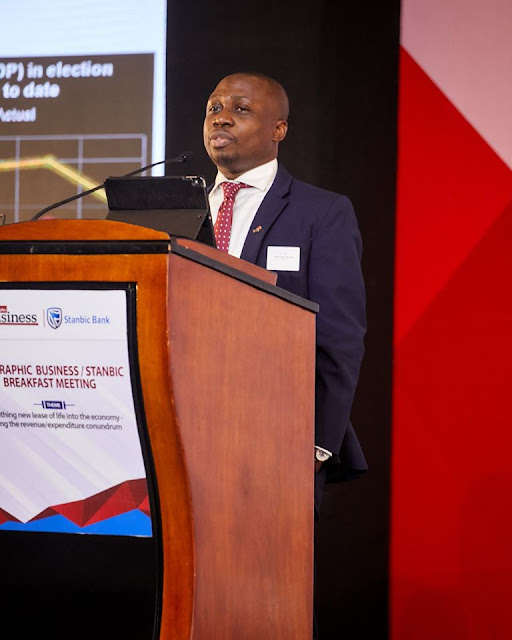 Mr Gyan-Quansah, who set the ball rolling for the deliberations, said Ghana’s tax system was unduly complicated and needed to be simplified to encourage compliance.

He explained that a section of the public was not tax compliant because of the complicated nature of calculating tax under the current system.

“Why do you want to have a tax system that unduly complicates matters for you and then people use it as an excuse not to pay?” he asked.

He said there was nothing innovative about raising tax revenue if policies and laws were not implemented.

Beyond that, he said, the government must effectively utilise the resources generated from taxes to help encourage the citizenry to be committed to their tax obligations.

He said when the citizenry were assured that their taxes would be used for development projects that would benefit them, they would be tax compliant, but they would refuse to pay taxes if they were convinced that the money would be mismanaged.

“If the people are not assured that their taxes will be put to good use, they will not pay,” Mr Gyan-Quansah said. 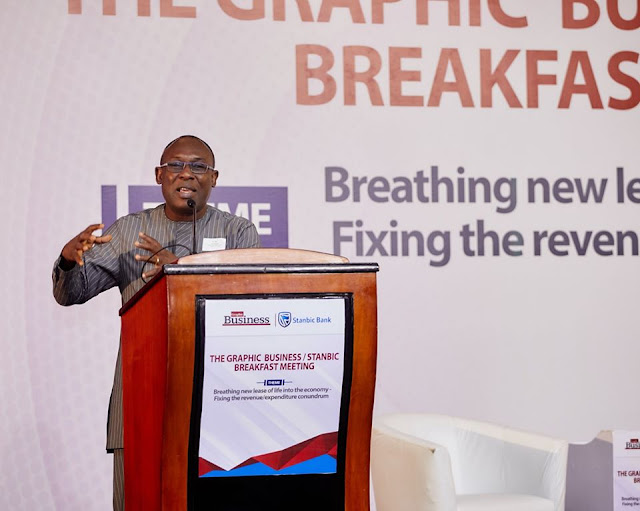 On the management of expenditure, Mr Bentil said corporate activism was a proven measure of good governance, and that there was the need to get to the point where politicians would have fear for an organised business community.

He said members of the business community must ensure that the government used tax revenues for development projects that would have a general effect on the citizenry to protect the public purse.

He added that to help curtail abuse of the public purse, there was a pressing need for the public to ensure that the government did what the public required, “because we fund them”.

For him, although politicians came to power with an agenda, the public must rise up to shape that agenda for the benefit of society.

Mr Bentil also called on the government to decentralise domestic revenue mobilisation to reduce the burden on the central government.

He explained that shifting the burden of tax collection to the district level would help “strip government expenditure below a certain level”.

For his part, Dr Touna-Mama said there was no need to deploy innovations in the domestic revenue mobilisation space, as there were already the needed structures to help in the collection of revenue internally.

However, he said, the government must activate structures and strategies to help shore up revenue mobilisation.

The Managing Director of the Graphic Communications Group Limited (GCGL), Ato Afful, in his welcome address, said the forum was an opportunity for the private and the public sectors to find a common ground for issues confronting the development of the country.

He said the meeting, which focused on domestic revenue mobilisation and public expenditure, was a timely intervention to address shortfalls in Ghana’s economic management.

Tax exemptions are growing at levels that many analysts are worried about.

According to the Exemptions Bill, 2019, “These exemptions are growing at the expense of tax revenue. For every one Ghana cedi of tax collected, the corresponding amount given away as exemptions has increased from six pesewas to 12.5 pesewas between 2010 and 2018.”