People refused to manage me because of my weight – Eno Barony 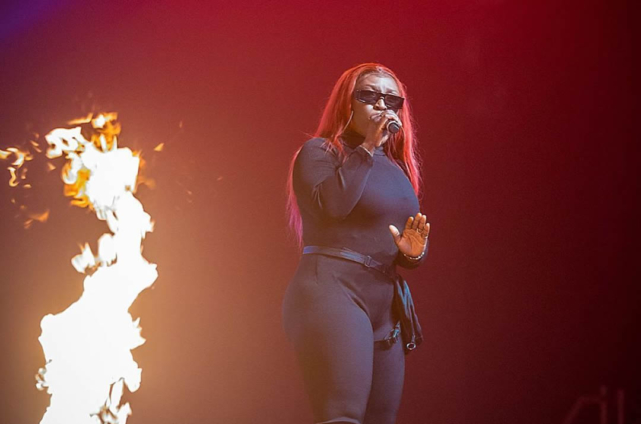 Eno Barony performing at the 2020 VGMAs ( Photo by: manuel photobraphy)

Eno Barony has revealed that as an up and coming artiste many people refused to manage her because they believed her brand and image was not marketable.

The singer born Ruth Eno Adjoa Amankwah Nyame Adom said because she was not skinny, the managements she had did not want to risk having her on their team.

“I remember I had one management who made me train the whole year and before we shoot a video, I am back to my weight and it’s like we can’t shoot the video,” she said on Joy FM Strong and Sassy on Wednesday.

Eno Barony explained that these teams had always seen slim looking women on TV and thought that was the only marketable image for a female artiste in the industry.

When she took pictures with other female artistes or women in general, the comments section came for her with “lose weight” comments she added.

The musicians explained that people, however, did not have any problem with the way she looked when they met her in person.

“When people see me outside they praise my body, so, why is it that it doesn’t fit well in the industry?” she quizzed.

She explained that after she had accepted herself and her body, she wanted to create music to inspire plus size women to do the same.

“There is nothing wrong with any girl who is plus size feeling like they have to exercise. You need to exercise as a human being. If I don’t exercise, when I go on stage I will be dull.”

“But the message is don’t wait to exercise to lose some pounds before you feel you are beautiful. Accept yourself the way you are,” she added.

Also on the show, MzVee said she did not have problems with body image although she had been told she was too skinny.

However, she believed that people will always have an opinion on how someone is or what they do.

She urged Eno to continue being herself while paying no attention to the comments about her body.